“My goal last year was to reach my 59th birthday. My goal now is to speak publicly about it & help, to save at least one more life through my experience”

The famous “Friends” actor James Michael Tyler, better known as Gunther, revealed that he is giving a battle against 4th stage prostate cancer.

According to statements made by the 59-year-old actor on NBC’s Today, he was diagnosed with cancer in 2018, which has spread to other parts of his body, including his bones and spine. “I was diagnosed with advanced prostate cancer and now it has metastasized to the bones”, he said. 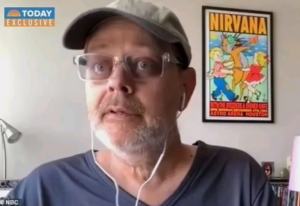 Tyler – who appeared in all ten seasons of the popular series as the manager of the Central Perk cafeteria – said it was an aggressive cancer that has paralyzed his lower body. Its spread began during the period of the coronavirus lockdown. “I missed a test and that had very negative consequences. The cancer progressed”, he stressed. 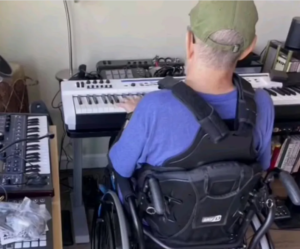 The famous actor is now undergoing chemotherapy, which prevented him from attending “Friends: The Reunion”, which aired last month on HBO. He could not miss, of course, the long-awaited reunion and so he made his appearance through the Zoom platform.

“It was a bittersweet experience. It was my decision not to participate in it with a physical presence, but to make an appearance in Zoom mainly because I did not want to ruin the atmosphere. “I did not want it to be ‘Oh, by the way, Gunther has cancer'”, he said. 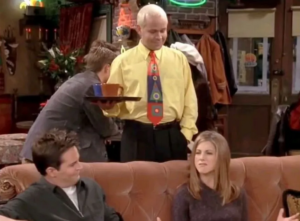 As he pointed out, the course of the cancer developed in the beginning quite smoothly, living a very normal life. However, after the bone metastasis, the disease progressed in a different way.

“Many men, if they spot the problem early, will be able to easily manage it”, he added. “I do not want other people to go through what I went through, it is not an easy process at all. My goal last year was to reach my 59th birthday. Fortunately, I did it, on May 28th. My goal now is to speak publicly about it and help, to save at least one more life through my personal experience”.