Deadlock could be broken, if Germany showed willingness

The IMF has not changed its stance regarding its participation in the Greek program, an official with knowledge of talks between Greece and its creditors on the matter in Washington, Brussels and Berlin told protothema. The source said that there were signs of concession in an effort between the parties involved to reach a compromise that would solve the deadlock. The same sources told protothema that despite all parties coming closer, talks failed to move forward for an imminent deal on the Greek debt. The official added that much more needed to be done on the part of the Europeans, stressing that the issue could close as early as tomorrow if Germany made a step back. Deliberations on the Greek issue are intense both in the Washington Group, Friday and in the Italian city of Bari, where the G7 Summit is taking place. IMF Director Christine Lagarde reiterated the Funds position on Greece, expressing hope that the Europeans would specify the debt relief measures for Greece. Sources report that Mrs. Lagarde was optimistic from news in Bari, Italy, with officials taking part in talks commenting noting that Germany’s stance on the issue posed the greatest problem in reaching a deal and moving forward. If Germany showed a willingness to cooperate on the debt issue, IMF sources from Washington said. 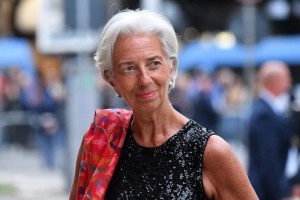