His tequila aided him to reach the top spot

George Clooney soared to the top of an annual list of the world’s highest-paid actors.

Clooney, 57, earned an estimated $239 million between June 2017-June 2018, marking the highest earnings of his 35-year career in film and television, Forbes said.

His on-and-off screen earnings eclipsed Dwayne “The Rock” Johnson, who came in at No 2 with an estimated $124 million thanks to Jumanji: Welcome to the Jungle and other projects.

The top 10 actors earned some $784 million collectively, according to Forbes, once again dwarfing the top 10 women who earned a cumulative $186 million in the same period. Scarlett Johansson topped the annual list released last week with $40.5 million in pre-tax earnings.

Forbes attributed part of the gender gap to the dominance of superhero and action movies that tend to have more parts for men and earn hundreds of millions of dollars at the box office. 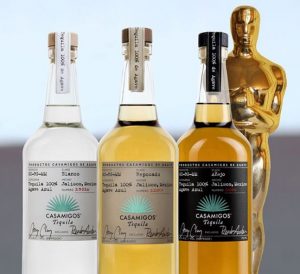