Do you want to be given this island? Just buy 420,000 eyeglass frames

German eyewear company, Libuda Optic World, is offering a Greek island as an incentive for the sale of 420,000 frames of glasses or 155,000 frames and 999,999 euros. The offer is part of the company’s annual incentive program aimed at rewarding its best clients.

The island in question is Agios Athanassios that is at the Corinthian Gulf, near Ithea and not far from Delphi. The island doesn’t officially belong to the company but is for sale. The management says that they will proceed to buy the island as soon as the client that meets the target sale is found.

The island’s cost is estimated at around 1.5 million euros.

Previous incentives have included a flight with Virgin Galactic, however accidents during the trial flights caused the company to look elsewhere. 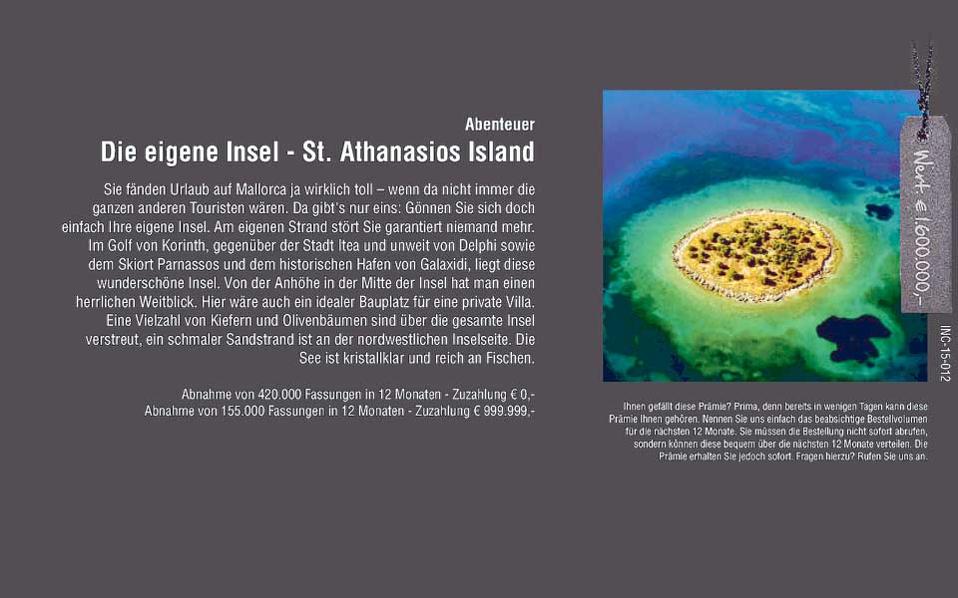