Senior students of Rheingauschule highs school from Geisenheim, a city near Hessen, west of Frankfurt in Germany, were taken on a guided tour of the Mausoleum and the Nazi Victims Museum in Distomo in Boeotia in Greece.
The 45 pupils visited Greece for 8 days thanks to Thomas Fischer, Director of the School, who had served for years as Director in the German School of Athens. The director included Distomo in the educational programme of the school, which also incorporated visits to the Parthenon, the Acropolis Museum, Delphi, Osios Loukas, Ancient Corinth, Nafplion, Mycenae, Epidaurus. 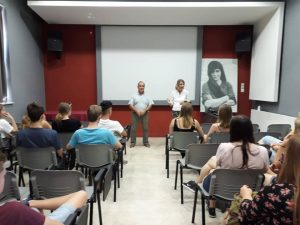 The students were moved during the screening of a documentary that showed the massacre of 214 villagers by the invading Nazi troops in 1944, and the guided tour by Chr. Papanikolaou, with the (translational) help of Mrs. Regina Visegger, Professor of the German School of Athens. 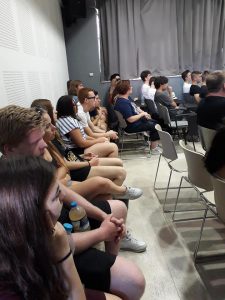 The Rheingauschule High School has a history of over 160 years, and as the Director of the School notes on the website, it welcomes all students, irrespective of religion and nationality, while being committed to teaching the values of European humanity and the ideas of the Enlightenment, respect for human dignity, courtesy, openness and service to fellow human beings. 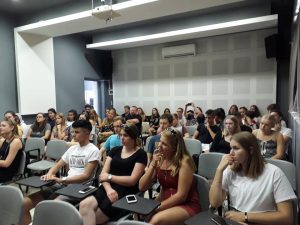