In collaboration with Paramount Pictures, Nike Basketball will be releasing a special edition Zoom Freak 1 inspired by one of Giannis Antetokounmpo’s favorite movie, “Coming to America.”

Having similarities and difference between both Giannis’ and Prince Akeem’s stories, this Nike Zoom Freak 1 will be releasing alongside a matching collection.

Detailed with “Coming to America” written in Gold lettering on the furry Black tongue, the shoe is also covered in leopard print as a nod to the shawl worn by Eddie Murphy’s character, Prince Akeem. Additional details include a Metallic Gold Swoosh atop a translucent outsole with Gold speckling.

Finishing off the collaboration is a Metallic Gold box with Red branding, special card that displays a photo of Giannis dressed like the Akeem, and Pink flower petals that nods back to the movie when the petals are thrown at the feet of King Jaffe.

The Greek Freak posted a hilarious video with his and his brother’s faces supperimposed on a scnene of the 1988 movie showing the two walking in the New York train station. 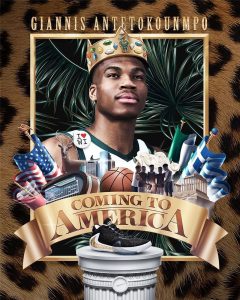 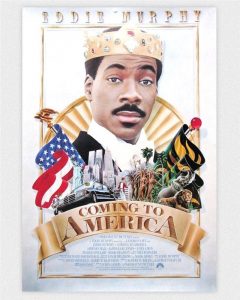 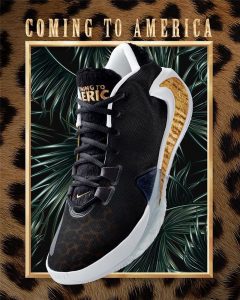