They were snapped on remote mountain road in West Taiwan

Having sex outdoors sounds like a really exciting thing to do, but in reality, it can be pretty stressful. In the bedroom, you’re in control of the environment, but in the great outdoors you never know when you might sit on a nettle, get sniffed by a mongoose or photographed by a Google Maps car.

One couple who headed up a remote mountain road in West Taiwan for a bit of nature nooky presumably thought the Google Maps car was the least likely of the three to interfere with their sesh, but alas, they were in the wrong place at the wrong time.

Google street view shows the couple stark b*****k naked and locked in an embrace on Shantian Road in Taichung’s Taiping District. If you’ve got a bit of time, why not go ahead and drop the little street view man there yourself and try and track down the couple?

I will warn you though, it is a very narrow windy road and you have to make several choices of left or right; I for one was not lucky enough to ever find them, deciding life was too short after around four hours or so. 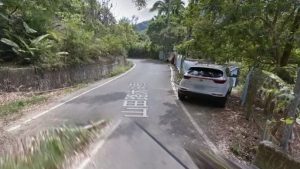 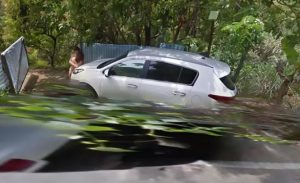 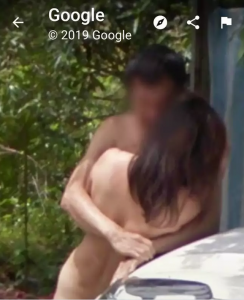