Saint Yakinthos of Anogeia’s feast day is celebrated every year on July 3rd, in the mountainous region of Anogeia in Rethymno

February 14th is the globally-celebrated day of Saint Valentine, internationally known as the day of lovers. Millions of stores around the world are lavishly decorated in red and vast quantities of roses, chocolates and stuffed animals are sold and consumed, often at high prices.

However, few people know that the Greek island of Crete has its own saint associated with love, Saint Yakinthos, also known as St. Hyacinth, the patron saint of pure and noble sentiments, as well as creation and inspiration. 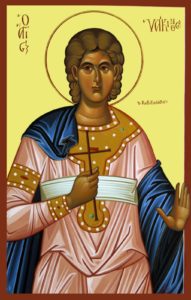 The commemoration of his life, however, unlike that of St. Valentine, who was also a martyr, has nothing to do with romantic love, or “eros.” His memory concerns his total love for Christ, as evidenced by this young man’s sacrifice of his life for his beliefs.

Saint Yakinthos of Anogeia’s feast day is celebrated every year on July 3rd, in the mountainous region of Anogeia in Rethymno. The “Yakintheia,” as the martyr’s feast is called, celebrated every summer, is the core of a series of cultural events that last for three days and have grown in popularity both inside and outside the country. 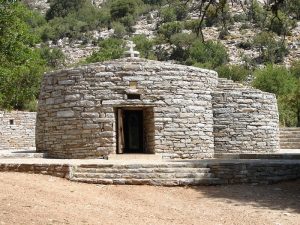 Local songwriter Loudovikas ton Anogion, one of the coordinators of the annual festival, has said poignantly that “Agios Yakinthos is not the saint of love but the saint of remembered and hoped-for emotion.”