Greece’s future hangs in the balance as the Radical Left Coalition (SYRIZA) government negotiates with its creditors in a last-ditch effort to reach a deal. The best-case scenario would result in an immediate agreement for a return to normalcy in Greece or something resembling that. Greece has submitted its proposals in a 47-page plan sent to its EU partners and the International Monetary Fund, but if Greece’s comprehensive draft agreement is rejected then the country will return to Square One after 4 months of harrowing negotiations.

Expectations for a deal within hours of the plan’s submission were not fulfilled as the Brussels Group met until late last night to prepare for a Euroworking Group meeting scheduled for Wednesday. Technocrats and Eurozone finance ministers will compare their own positions with those of Greece at this meeting.

The government’s refusal to back down on pension cuts have resulted in creditors calling for 3.5-billion-euros worth of extra measures. The government is offering the following:

2. The retention of the single property tax (ENFIA) for 2015, without the reduction of objective values that will be applied this year as this would result in a reduction of revenue worth 600 million euros. The prediction for a 2.65-bln-euro yield will remain steady with ENFIA to be based on object values as they had been formulated from January 1, 2015, even if these are to be reduced in June.

3. The retention of the special solidarity tax for this year and the abolition of the 30% reduction that the previous government had proposed for annual incomes over 30,000 euros.

On their part, Greece’s EU partners are retreating on some positions, such as certain labor issues, however there is little convergence on the part of the International Monetary Fund (IMF).

The European Central Bank’s (ECB) decision to increase the emergency liquidity assistance (ELA) provided to Greek banks by 500 million euros to 80.7 billion euros from 80.2 billion euros on Tuesday was seen as a positive sign for Greece. Reports say that Greece’s cash buffer remains unchanged at 3 billion euros. The ECB also discussed the possibility of a higher collateral haircut requested by Greek banks but no decision was taken. 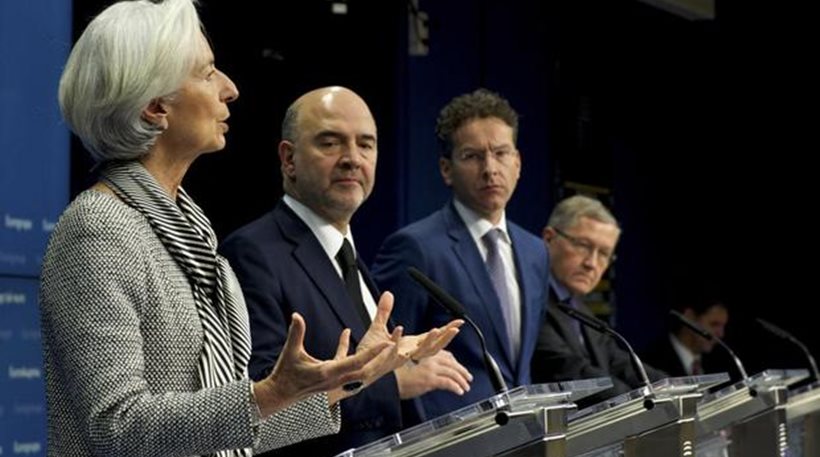 Pressure to the end

Creditors are not budging on social security matters as well as on the primary surplus required – these are the two thorny issues in negotiations, according to Reuters. The government has made a commitment to abolish early retirement however has not touched fundamental rights for fund unifications. Government sources have left open the possibility of applying 16-20% penalties for those receiving early pensions until they reach the pensionalble age whereas there may be cuts to auxiliary pensions. Social security issues are to be discussed in the Fall.