The first community of Greeks in Livorno is as old as 1562, according to records

A team of architects and civil engineers of the Aristotle University of Thessaloniki (AUTH) and the Supervisory Committee of the Institute of Venice are racing against time and extreme weather conditions to preserve and protect the historic Greek cemetery and church of Livorno, in the Italian region of Tuscany.

The members of the delegation will work with the Italian authorities to construct a special roof over the church at the old Greek cemetery of Livorno in order to protect the monument, which faces the risk of collapse. 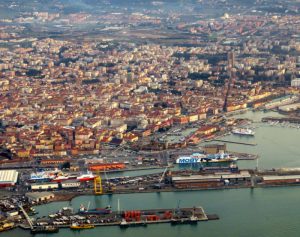 An Aristotle University of Thessaloniki team surveying the site earlier in October has found that part of the church’s roof has already fallen from the weight of collected rainwater.

“The church and the family tombs, where very important historical figures of the Greek revolution have been laid to rest, have been abandoned to the ravages of time for decades and protection measures should be assumed immediately,” the members of the University’s team told the state-run A.M.N.A.

The cemetery of Livorno contains the tombs of the Mavrokordatos, Rodokanakis and other noted families of the Greek diaspora, and belongs to the jurisdiction of the Hellenic Institute of Venice, under the Greece-Italy agreement signed in 1951.