The President of the Republic, Prokopios Pavlopoulos sent a clear message to Albania, that they need to respect the rights of the Greek national minority if they want to have any future in the EU.

The message was sent in his speech at the opening of the Fourth General Meeting of the World Council of Epirotes Abroad.

“But we must not forget the national Greek minority, whose rights must be fully respected in neighboring Albania, as it is appropriate for citizens living under the rule of law. Because only the countries that genuinely constitute states of law meet the minimum and self-evident prerequisite for their integration into the large family of the European peoples, the European Union,” he said.

The President of the Republic, underscored that “there are no exceptions in Europe. No exceptions on the European acquis, the one that Europe has set for the states that want to become part of a European building.”

“Greece has always demonstrates its motherly love and looks at our compatriots and assures them that as she respects European and international law with reverence, she expects similar behavior from Albania as well, if she wishes to become a future member of the European Union”, he added and emphasized that “the provocative violation of the Right to Property, which is done by the authorities of Albania, especially through the demolition of buildings belonging to our own people, does not favor Albania’s European prospect”.

The Albanian state has been systematically demolishing houses that belong to the members of the indigenous Greek National Minority that resides in the southern part of the country -known as Northern Epirus- in absolute disregard of the international laws that protect minorities, in an attempt to Ethnically Cleanse the area from its Greek population. 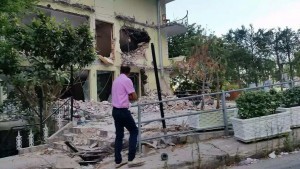 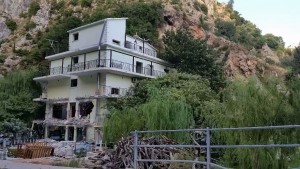 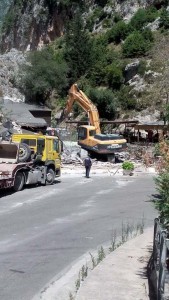