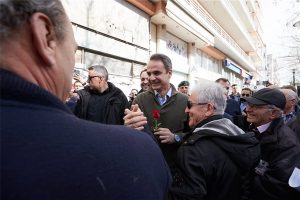 “Evros is standing, morals are high, nobody will cross the country illegally”, said the Prime Minister, who also sent a message to Turkey saying “Greece will not be blackmailed by anyone who wants to use oppressed people to serve its own purposes”. 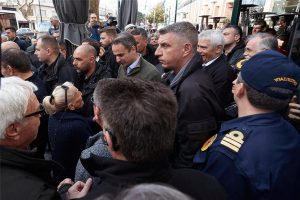 Citizens on the streets of Alexandroupolis welcomed the Prime Minister, who has been touring Evros since morning. 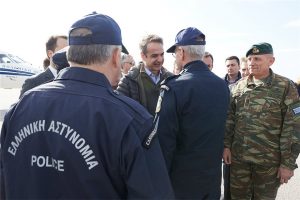 Mr. Mitsotakis walked the streets of the city and spoke with citizens who welcomed the government’s determined stance and policy. 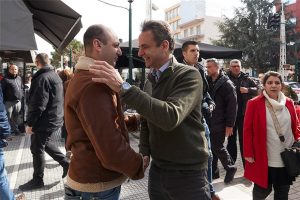 The Prime Minister was briefed on the situation along the border in Evros. 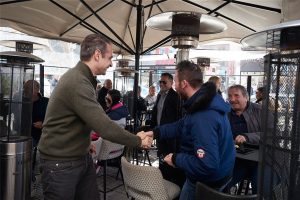 The border police said that the greatest pressure has now been transferred to southern Evros while they reported that 1.000 people tried to enter Greece en masse during the night but they were thwarted in their attempt.

During the briefing it was reported that Turkish authorities are transporting people in buses to specific points in order to increase the pressure put on the Greek borders. The Greek authorities are supervising all entrance points and have control of the situation, they said.

The Prime Minister thanked the volunteers-guards of the Evros Delta that came to meet him.