In April 2011, following a court’s decision, the Turkish Education Ministry banned the operation of three Greek schools in Constantinople

Only six Greek minority schools are still open in Turkey since the number of students enrolling in them has dramatically decreased over the past few decades.

According to a Hurriyet Daily News report, the number of Greek minority schools in the country has dropped from 60 to 70 schools in the 1950s to ten schools in the 2000s and only six such schools remain in operation today. It is worth mentioning that the total Greek population currently living in Turkey accounts for approximately 3,000 people. 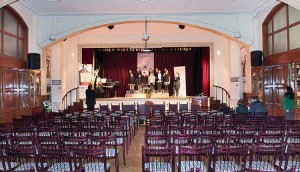 Andon Parizyanos, Head of the Association for Support of Greek Community Foundations in Turkey, told Hurriyet that the only institution opened in the last years is the Imvros Greek School. The school is a kindergarten which opened its gates on Imvros Island welcoming three young pupils at the beginning of 2017.

Besides the low rate of enrolment, Greek minority schools in Turkey are also faced with financial problems relevant to their status as private institutions, which means there is a funding problem since any donations they may get are regarded as income by the Turkish authorities. 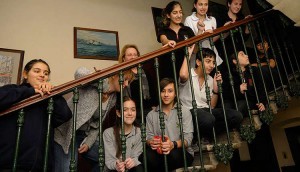 Part of a solution could lie in increasing the number of students attending Greek schools by attracting guest students who can be given diplomas for their attendance. As Mr. Parizyanos told Hurriyet, improving the quality of Greek schools and teaching the Greek language to mixed-raced children are important.

It should be noted that all minority schools in Turkey are accountable to the Turkish Education Ministry, which determines the school curriculum and also appoints Turkish teaching staff there. In addition, the Ministry mandates that the school principal’s assistant be Turkish. Geography and history classes are taught in the Turkish language, while classes like music, mathematics and physics are taught in Greek.