Researchers were able for the first time ever to study the RNA of all genes in Down syndrome by examining every single one of the 10,000 cells.

The study, which was recently published in the prestigious journal Nature Communications was lead by Dr. George Stamoulis, Molecular Geneticist and Doctor of Genetics at the University of Geneva, while the head of the research team was also Greek, a Professor of Genetics of the Medical School of the same University named Stylianos Antonarakis. 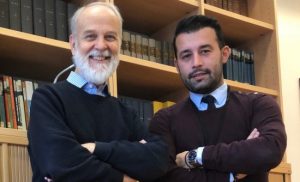 The new study is expected to shed new light on the molecular mechanisms involved in Down syndrome.

The research will address a key question that has remained unanswered for more than 50 years, regarding the molecular mechanism of gene hyper-expressions observed in various tissues of patients with Down syndrome and other trichomes, in the genes found the additional chromosomes.