It is not the only such case of the last months

Greek soldiers chose not to be transferred back to their home-cities of Athens and Thessaloniki, as their were entitled to do, but instead they opted to stay on the remote Greek islands of the Eastern Aegean, just opposite of Turkey, until the end of their national service.
The 38 soldiers serve in Tilos, Kastelorizo, Plati, Helidona and Simi, in small garrisons units but vital for the defense of the islands and the people on them.
The Army Chief of Staff rewarded them with a written Moral Reward and five days of honorary leave, for the moral they demonstrated, the good example they give in serving their country.
This indicates the determination of the Greek people, especially in these times were the Turkish threat is as real as ever… 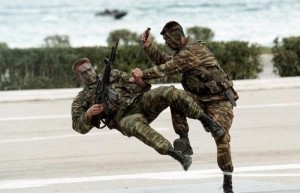