Only a small piece of watermelon covers her bust

The Greek public got to know her during her spell on one of Greece’s most successful morning talk shows called “Kalimera Ellada” (Good Morning Greece) on ANT-1 TV appearing next to veteran journalist George Papadakis.

Beautiful Baya Antonopoulou enjoyed her recent holidays taking a needed break from her current job as a presenter at One TV with her partner, and she looks to be glowing with happiness.

Baya regularly posts on her social media and chooses to share photos striking some elegant poses with the thousands of fans.

But one of the pics she shared was especially striking as the well-shaped brunette posed topless with her back turned to the camera, and her partner holding a small piece of watermelon over her bust making sure nothing can be seen.

Her departure from Ant1 was something she did not expect as she later admitted in an interview.

“There was a tension that led me to this decision to leave Good Morning Greece. We all have our limits, and my limits were up to that point and I thought it would be better for me and my development to leave the show,” he had said then. 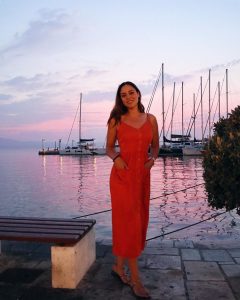 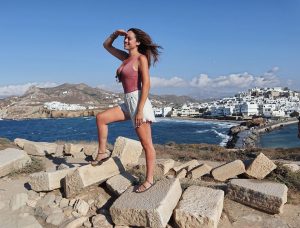 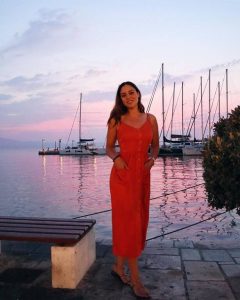 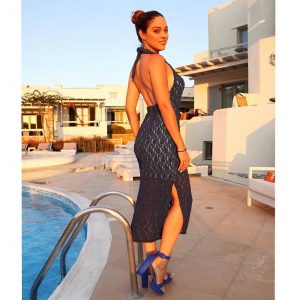 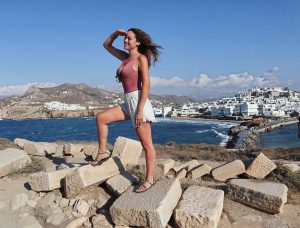 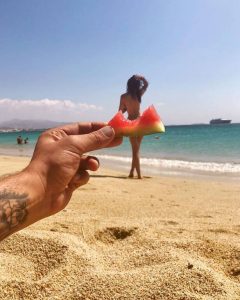 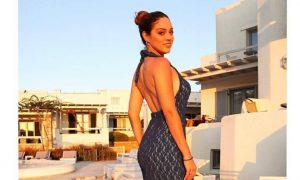