Projections show Greece will a population of 9 million in 2050 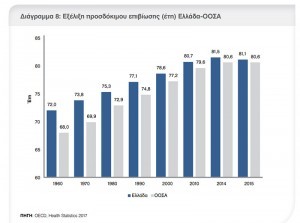 Life expectancy in Greece in 2015 was similar to the EU-22 average of 81.1 years, compared with 82.6 for the southern countries, and according to UN estimates it is expected to reach 84 in 2030. The highest life expectancy was found in countries such as Spain, Switzerland, and Italy. 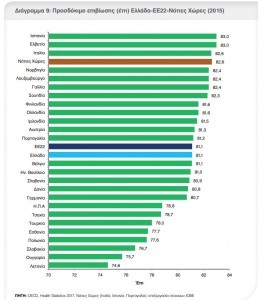 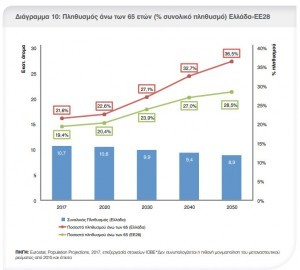 The reduction in public funding has resulted in a shifting of health spending to the private sector, with private funding reaching 40.9% in 2016 (27% in the Southern countries, 21% in the EU). Taking into account the fact that there is a lot of unemployment, a big drop in salaries and pensions in Greece, it is reasonable to assume that the many Greeks with meagre or no income are unable to cover their medical costs.

Household spending on health (€) per month-Greece 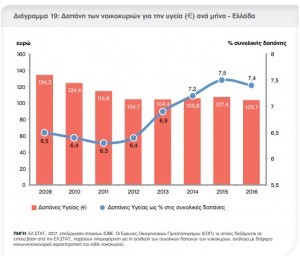 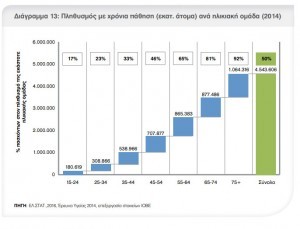 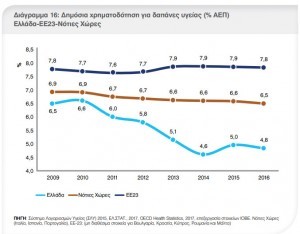 This is considerably less than the EU (7.8%), while in the southern countries that have implemented fiscal adjustment programs the figure was at 6, 5% in the same year (2016). 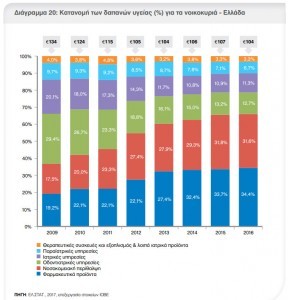