A conflict on the technological “battlefield”!

As the US starts to forward-deploy more of its F-35 Lightning, China and Russia have been putting the finishing touches on their own batches of fifth-generation aircraft — and they all express vastly different ideas about what the future of air combat will look like.

For the US, stealth and sophisticated networks define its vision for the future of air combat with the F-22 and F-35. 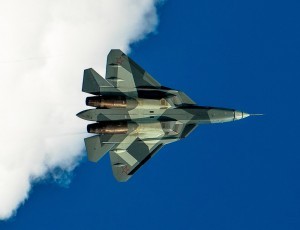 For China, the plan is to use range to take out high-value targets with the J-20.

For Russia, the PAK-FA shows that it seems to think dogfighting isn’t dead.

Here’s how the F-35 stacks up to the competition. 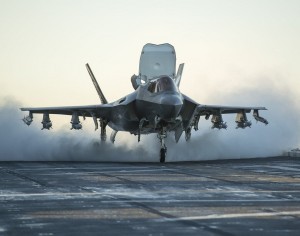 And it isn’t a fighter — it’s “flying sensor-shooters that have the ability to act as information nodes in a combat cloud universe made up of platforms, not just airborne, but also operating at sea and on land that can be networked together,” retired US Air Force Lt. Gen. David Deptula told Defense & Aerospace Report in November.

In a discussion with four F-35 pilots that was also produced by Defense & Aerospace Report, a clear consensus emerged: The difference between an F-35 and an F-15 is like the difference between an iPhone and a corded wall phone. Phones of the past might have had crystal-clear call quality and the ability to conference call, but the iPhone brought with it unprecedented networking and computing capability that has changed life as we know it.

Lt. Col. David “Chip” Berke, a former F-35 squadron commander, told Business Insider that “we don’t even know 50-80% of what this airplane can do,” as it’s awaiting final software upgrades and pilots are finding new ways to use the data link and fused sensors.

That said, the F-35 doesn’t offer any significant upgrades in range, weapons payload, or dogfighting ability over legacy aircraft, while its competition does. 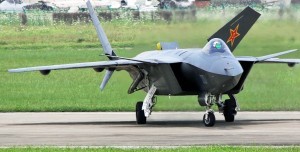 Malcolm Davis, a senior analyst at the Australian Strategic Policy Institute, told Business Insider that the J-20 is “not a fighter, but an interceptor and a strike aircraft” that doesn’t seek to contend with US jets in air-to-air battles.

Instead, “the Chinese are recognizing they can attack critical airborne support systems like AWACS” — airborne early-warning and control systems — “and refueling planes so they can’t do their job,” Davis said. “If you can force the tankers back, then the F-35s and other platforms aren’t sufficient because they can’t reach their target.”

While the Chinese certainly engaged in espionage to steal some of the US’s stealth technology, they haven’t quite cracked stealth integration, which US companies have been developing for 60 years.

On the J-20’s stealth, a senior US low-observable-aircraft design engineer working in the industry told Business Insider that “the J-20 has many features copied from US fifth-gen aircraft; however, it’s apparent from looking at many pictures of the aircraft that the designers don’t fully understand all the concepts of LO” — low-observable, or stealth — “design.”

The real danger of China’s J-20 lies not with its ability to fight against US fighters, but with its laserlike focus on destroying the slower, unarmed planes that support US fighters with its long range and long-range missiles, thereby keeping them out of fighting range. 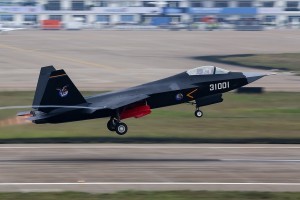 China’s J-31 looks a lot like the F-35, and one Chinese national has pleaded guilty to stealing confidential information about the F-35 program.

That said, the J-31 suffers from China’s inferior composite-materials technology and its inability to build planes in the precise way a stealth airplane needs to be built. Additionally, there’s reason to suspect the avionics in the Chinese programs significantly lag the F-35.

But the J-31, like the J-20, still poses a significant threat because China has developed long-range missiles, which combined with their ground-based radars and radar sites in the South China Sea could potentially pick off US stealth aircraft before the F-35s and F-22s could fire back.

Davis told Business Insider that the J-31 doesn’t just seek to compete with the US militarily, but that the J-31 “very clearly is an F-35 competitor in a commercial sense.” Nations that weren’t invited to participate in the F-35 program may seek to buy China’s cheaper and somewhat comparable J-31.

A fleet of J-31s in the hands of Iran, for example, could pose a serious threat to US interests abroad. 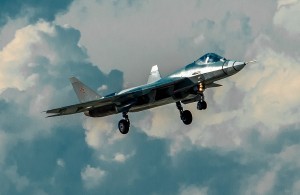 Russia’s PAK-FA, also known as the T-50, has been criticized as being fifth-generation “in name only,” but as Russia proves time and time again, it doesn’t need the best and most expensive technology to pose a real threat to US aircraft.

The PAK-FA’s greatest failure is in the stealth arena. While the PAK-FA has some stealth from the front angle, “it’s a dirty aircraft,” said a person who helps build stealth aircraft, speaking on condition of anonymity because of the classified nature of the work.

But stealth represents just one aspect of air combat, and the Russians have considerable counterstealth technologies. So while the PAK-FA fails to deliver the stealth or total networking capacity of the F-35, it is a fighter — and a damn good one.

Additionally, the PAK-FA can be armed to the teeth with infrared missiles that focus on heat and ignore the US’s stealth. So while the US’s fifth generation hinges on controlling the battle from range and at the jump-off point, Russia’s PAK-FA seems to focus on close-up fights, which the designers of the F-35 didn’t concentrate on.

China and Russia have both shown the world something new in their fifth-generation aircraft. No longer will these rising powers look to advance the capabilities they currently have — they will actively seek to enter new areas of aerial combat.

Both Russian and Chinese entries seem to focus on key weak points in the US’s force structure by using specialized aircraft.

But the US doesn’t specialize. The F-35 does everything well and seeks the informational high ground with massive computing power, all-aspect stealth, and the ability to network with almost every set of eyes and ears in the US military.

The F-35 has limited range and ability for close combat, but unlike the Chinese and Russian fifth-gens that try to score kills on their own, the F-35 plays like a quarterback, sending targeting information to any platform available.

As the F-35 software develops, pilots will be free to take on more demanding missions, but China’s and Russia’s fifth-gens will still be confined to relatively narrow ones. 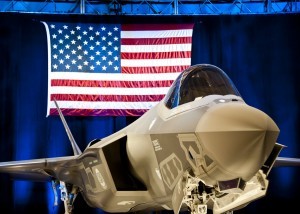