A two-day cultural series of events in the historic area of Karytaina at Arkadia, will take place on the 8th and 9th of June in the framework of the European Year of Cultural Heritage 2018 with the aim of highlighting the history of the town from its foundation until today.

The title, “Karytaina of Europe: From the Franconian castle to the military base of the Greek Revolution & the historical site of today“. It is a journey in time that aspires to highlight the monuments of Karytaina, especially the impressive castle with its acropolis, the Virgin Mary of the Castle, the house of Kolokotronis and the Tower of Matsouranogianni, one of the best surviving examples of fortified Byzantine residence in the Peloponnese. As a whole, a unique medieval complex, dominating the top of the hill, in the traditional settlement of Karytaina.

The history of the settlement over the centuries, the restoration works carried out in recent years to preserve its monuments, as well as the modern actions, are to be presented during the events.

In particular, they include:

– The opening of the recently restored Saint Nicholas Church, which will be celebrated on Sunday June 10th by Metropolitan of Gortyn and Megalopolis Jeremiah. The church, which is located in the center of the settlement dates back to the 13th century and has the typical Byzantine architecture, while its frescos are of particular importance, since most of them belong to the period of the peak of Byzantine art.

– Visiting and touring of the restored monuments with a presentation of the works and free participation of the public.

– Exhibition at the recently restored Tower of Leventenas of the 15th century on the subject “Objects talking about Man, Memories, Works…“, organized by the Museum of Modern Greek Culture of the Ministry of Culture specifically for the historical town of Karytaina. This is a presentation of a man-centered approach to everyday life, divided into two sections: inside and outside the home. In the first, private life is presented while the second deals with the life in the public space with regard to professional and economic, social and religious activities. The exhibition will remain open until the end of August.

– Speeches and presentation of the restoration program will take place on Saturday 9 June (7 to 9 pm) before the above program of events.

The legendary Karytaina was a significant fortress of the Peloponnese during the Franconian period and Ottoman domination. It was built in the middle of the 13th century by the French knight Godefridus de Brygger, who was born in Greece, and a century later passed into the hands of the Palaiologues. It was eventually conquered by the Turks in 1461. Its liberation marks the first great victory of the Greeks under Theodoros Kolokotronis, who defeated the Turks in the famous Battle of Karytaina on March 27, 1821. This is also why its castle was depicted along with Kolokotroni’s portrait in the 5000 drachma bill. He would use the castle from 1826 as his headquarters during the military operations against Ibrahim but also as a refuge for civilians. Lastly, there are indications that Karytena is built on the same place that in antiquity the city of Vrenthi was located, which was abandoned by its inhabitants who moved to Gortyn.

The events are organized by the Ephorate of Antiquities of Arcadia in cooperation with the Regional Government of Peloponnese, the Municipality of Megalopolis, the Association of Karytians of Athens and Piraeus “Th. Kolokotronis” and the “Common of Karytians”Association. All of them are under the auspices of the pan-European campaign “Europe in my Region” which aims to promote to citizens the projects co-funded by the European Union. 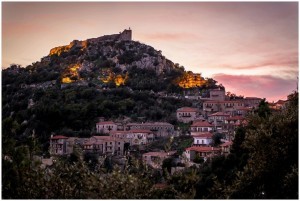 (Panoramic view of Karytaina οn sunset, as the lights of the medieval castle -13th century- sparkle on the top of the hill 450 m high with the settlement at its feet) 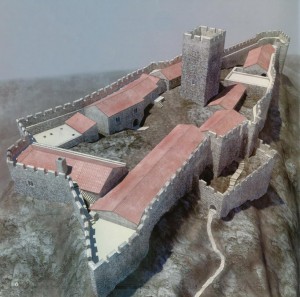 (Drawing of the Karytaina Castle, that follows the terrain, a total length of about 110m and a width of 40m. The impressive turret at the center and the buildings do not exist anymore) 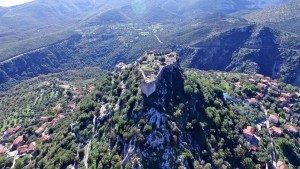 (Panoramic view of the castle of Karytaina) 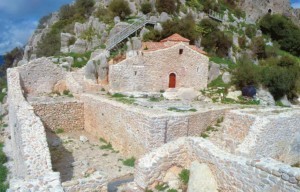 (The Virgin Mary of the Castle on the slope of the hill, the cruciform temple. The ruins are from the residence of Kolokotronis) 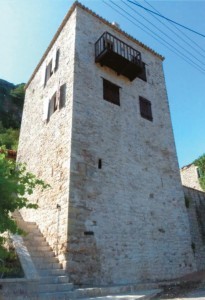 (The Tower of Leventenas on the eastern side of the castle, a 15th-century Byzantine house. After its restoration, it is used for cultural purposes) 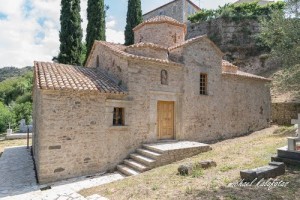 (The church of Agios Nikolaos -13th century- with the extraordinary frescos, after the restoration works) 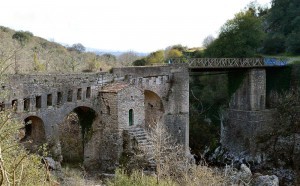 (The historic bridge of Karytaina on the Alfios River. With a length of 50 m and a height of 12 m, it has five arches. According to an engraving, it took its current form in 1441. The bridge was depicted in the 5000 drachma bill) 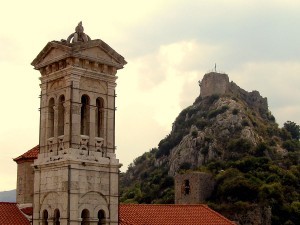 (The bell tower of the metropolis of Karytaina, the holy temple of the Annunciation of the Virgin Mary -Evangelistria- with the castle on the background) 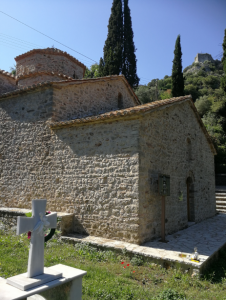