A historic moment! Private rocket launched & then sticks a landing!

SpaceX sent a cargo capsule with nearly 5,500 pounds of experiments and supplies on a three-day trip to the International Space Station on Sunday, firing the automated spaceship through low-hanging clouds and into orbit from the same launch pad where Apollo astronauts began voyages to the moon.

A kerosene-fueled 213-foot-tall (65-meter) Falcon 9 rocket powered the cargo freighter into space, soaring on a northeasterly course from launch pad 39A at NASA’s Kennedy Space Center at 9:39 a.m. EST (1439 GMT) atop 1.7 million pounds of thrust.

A few minutes later, the first stage booster nailed an on-target landing back at Cape Canaveral in the first such return to the launch base in daylight.

The launch — the first SpaceX has conducted from pad 39A — was timed for the Dragon cargo carrier align its course with the orbital path of the space station.

The historic launch complex, situated about a half-mile (750 meters) from the Atlantic Ocean, was the departure point for 94 missions before Sunday.

Originally constructed in the 1960s for the Apollo moon program, pad 39A hosted 12 Saturn 5 blastoffs on test flights, all of the moon landing missions and the uncrewed launch of NASA’s Skylab space station from 1967 through 1973.

NASA’s fleet of space shuttles launched from the pad 82 times, including the first and last flights of the program in 1981 and 2011. 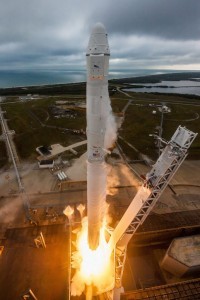 The launch pad has remained dormant since the last shuttle mission took off July 8, 2011, and SpaceX signed a 20-year lease to take over the facility as a commercially-operated launch complex in 2014. 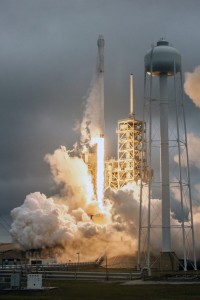 “It was really awesome to see 39A roar back to life for the first time since the shuttle era, and it was extremely special that this first launch off of 39A was a Dragon mission for NASA heading to the space station,” said Jessica Jensen, a Dragon mission manager who spoke with reporters after Sunday’s launch. 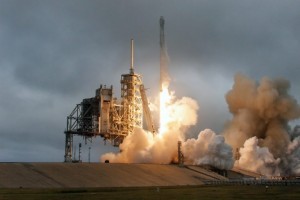 NASA decided it no longer needed pad 39A after the shuttle’s retirement. Nearby launch pad 39B, previously built for Apollo and shuttle flights, will be home to NASA’s Space Launch System, a government-owned heavy-lift rocket that will launch astronaut crews on deep space expeditions.

“This pad would have just sat here and rusted away in the salt air had we not had the use agreement with SpaceX to continue to enable commercial operations for our nation,” said Bob Cabana, director of the Kennedy Space Center.

The concrete foundation of pad 39A dates back to the Apollo era of the 1960s, while the 347-foot-tall (106-meter) fixed service structure and lightning tower were emplaced before the first shuttle launch. 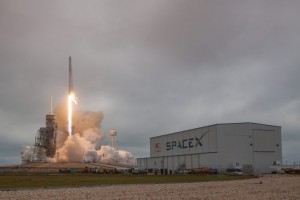 “It gives me a little bit of chills when I walk out there and see stuff that’s left over from Apollo,” said Hans Koenigsmann, SpaceX’s vice president of flight reliability. 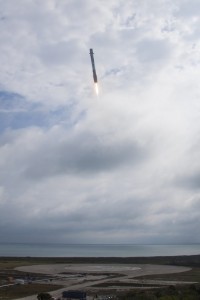 Since SpaceX took over, changes to pad 39A have included the construction of the new rocket hangar outside the south gate to the facility, where space shuttles and Saturn 5 moon rockets arrived on top of tracked crawler-transporters after rollout from the nearby Vehicle Assembly Building. 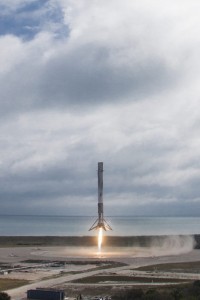 The hangar can accommodate five Falcon 9 rocket cores at a time, according to SpaceX. 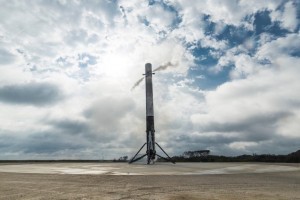 Read the rest of this amazing story here: spaceflightnow.com