The FBI’s Uniform Crime Reporting Program collects supplementary homicide data including the age, sex, race, and ethnicity of murder victims as well as the type of weapon used by the perpetrator. When it comes to the latter category, the FBI published data for 13,927 U.S. murder victims in 2019 with firearms used in the majority of offences.

10,258 victims were killed in the U.S. with firearms in 2019, of which handguns were used in 6,368 instances. Rifles and shotguns were responsible for a further 364 and 200 homicides, respectively. Knives and cutting instruments were the second-largest category after guns (1,476 victims) with other forms of murder in 2019 including fire, poison, drowning, and the use of explosives. 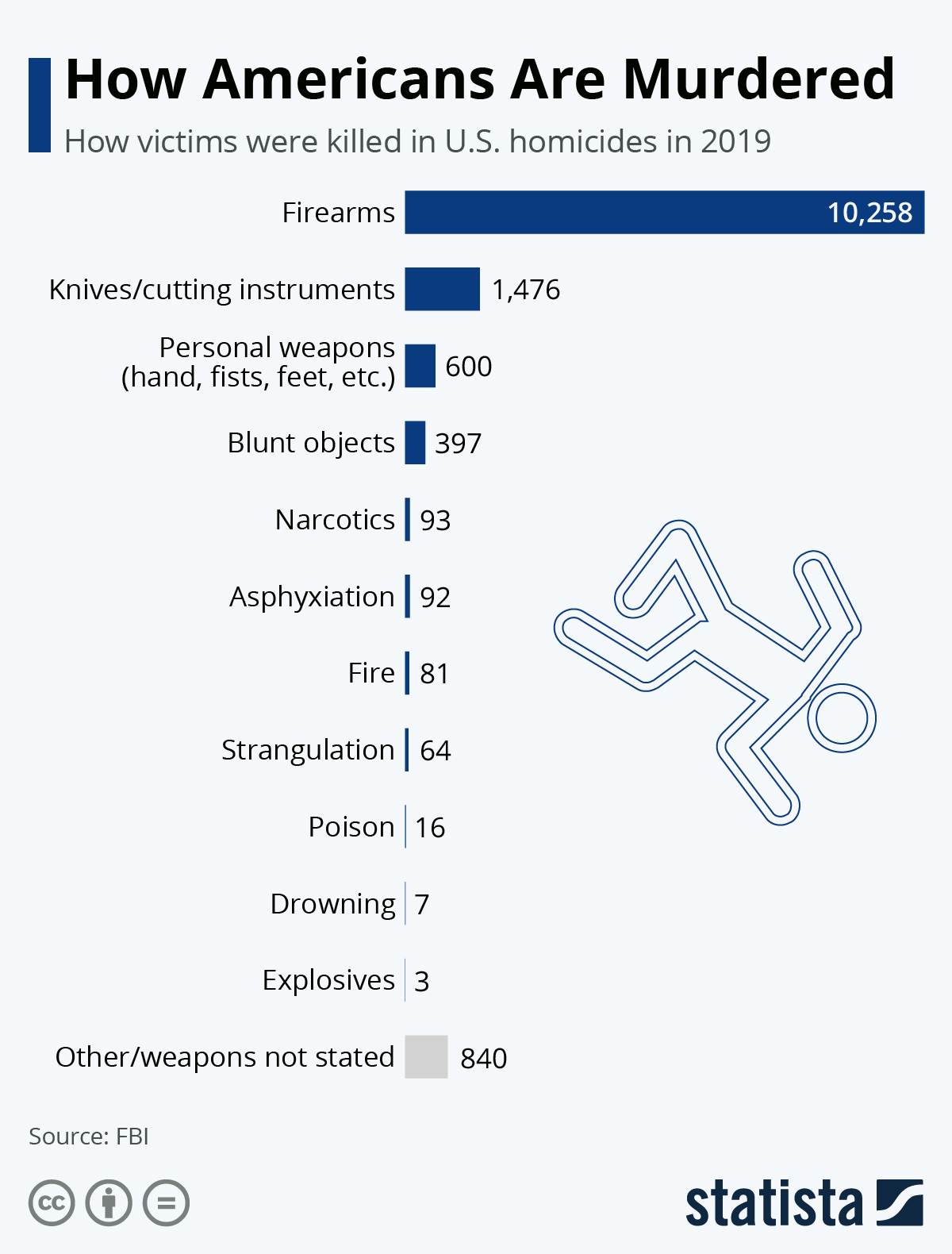