Cancer appears to be the most profitable disease for big pharma

The $3.5 trillion human infrastructure package known as “Build Back Better” has been the source for much division among U.S. lawmakers, especially after support for the $1.2 trillion physical infrastructure bill waned last week. A key part of “Build Back Better” would’ve been the investment of $1.8 trillion in the finance committee, which includes the lowering of drug prices. Looking at the revenue of prescription drugs when comparing the U.S. and the rest of the world, investing in this segment would most likely help to ease some of the disparity.

As our chart shows, the world’s best-selling prescription drug for HIV treatment, Biktarvy by Gilead Sciences, generated revenues in the U.S. that were five times greater than in the rest of the world combined. Most prescription treatments for diseases like cancer, autoimmune diseases and multiple sclerosis show lopsided ratios according to data by Public Citizen compiled from SEC filings and annual financial reports of the corresponding companies. The best-selling drugs for treating autoimmune diseases, for example, generated $28.7 billion in the U.S. and only $9.2 billion in all other countries. The only exceptions to the rule: Prescription drugs for pneumococcal disease and heart disease, where the revenue split is almost even between the United States and the rest of the world.

Public Citizen, a non-profit progressive think tank and public interest lobbying group founded in 1971 by then-activist Ralph Nader, states that the lack of transparency by pharma giants like Gilead, Roche, Merck, or AbbVie affects the quality of the statistics, since “net prices are not publicly available” and “differences in revenue may reflect differences in the volume of drugs consumed”. Evidence from previous studies suggests comparability, though. For example, according to the Kantar Global Health and Wellness Report published in September 2018, between ten and 20 percent of the survey participants with cancer used prescription medication for treatment. Those numbers seemingly correlate with the pricing as well: In the U.S., only ten percent took prescription medication compared to 16 percent of respondents in China and 17 percent in the EU-5. 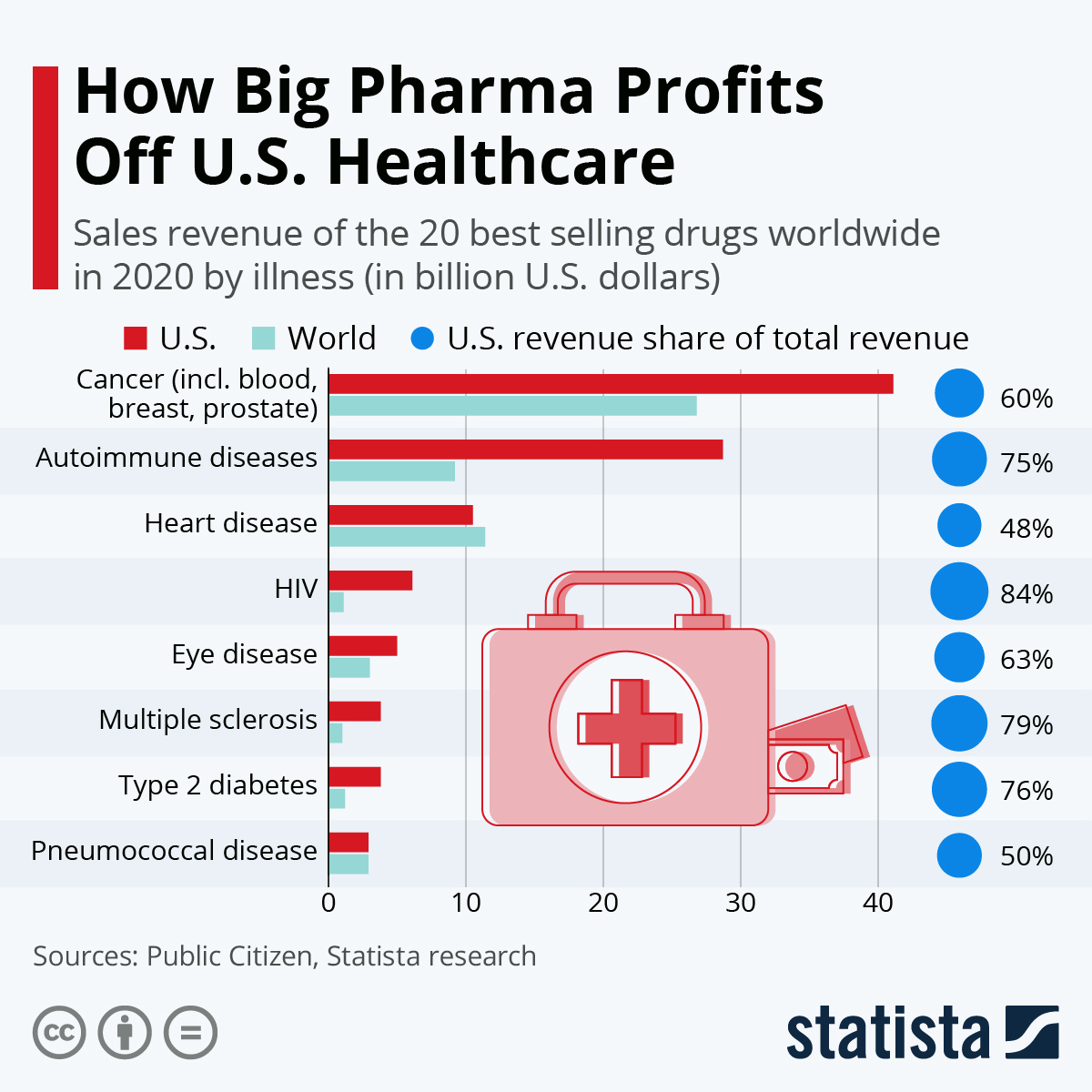