A Kabul police spokesman said several people were killed and wounded near the fortified entrance to the German embassy.

“It was a car bomb near the German embassy, but there are several other important compounds and offices near there too. It is hard to say what the exact target is,” Mr Mujahid said.

The explosion took place at the peak of Kabul’s rush hour, when roads were packed with commuters.

The blast was so heavy that more than 30 vehicles were either destroyed or damaged at the site of the attack.

It appeared to have gone off close to a busy intersection in the Wazir Akbar Khan district, but Najib Danish, deputy spokesman for the Interior Ministry, did not have a more precise location.

The German Embassy, the Foreign Ministry and the Presidential Palace are all in the area, as are the British, Canadian, Chinese, Turkish and Iranian embassies.

There was no immediate claim of responsibility for the blast, and a spokesman for Taliban insurgents said he was gathering information. 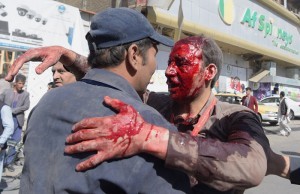 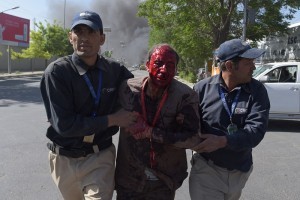 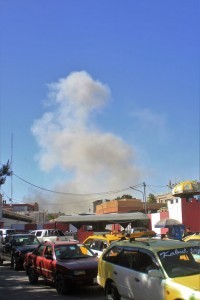 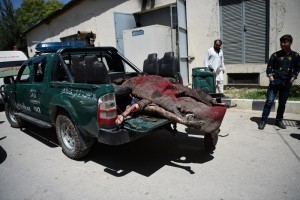 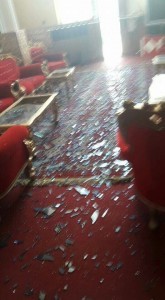 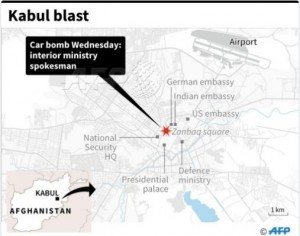