Hundreds of Argentinians gather to watch

Nature put on a stunning show for hundreds of tourists and locals who turned out to see the collapse of an ice bridge at the Perito Moreno Glacier in Argentina.
Huge chunks of ice fell into Lake Argentina as the arched section of the glacier broke for the first time in four years.
Those lucky enough to witness the event clapped when the ice hit the water, making a striking thunder-like sound.
The arch of ice that fell was 250 metres wide and 70 metres high and sent massive waves into Lake Argentina, spectators said.
The Word Heritage ice formation, which covers 250 square kilometres, is the world’s third largest concentration of fresh water and the ice-bridge collapse occurs every three to four years, according to National Parks Argentina.
Experts said the collapse has nothing to do with climate change and was instead all to do with physics

The pressure from the weight of the Perito Moreno ice field causes the glacier to grow toward the southern arm of Lake Argentina, creating a dam.
As the water volume increases in the dam, it creates a tunnel of water through the glacier.
The constant water flow gradually eats away at the ice of the dam wall, forming the famous ice bridge.
As the bridge grows thinner with the passing of water, the weight of the ice can no longer be supported, causing the spectacular rupture.
Spokeswoman for Los Glaciares National Park Matilde Oviedo told The Daily Mail there was a “tremendous noise” when the bridge fell.
“There were a lot of people but we were expecting it to happen a little later.” 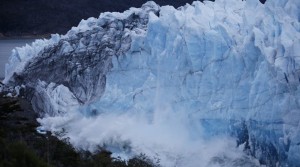 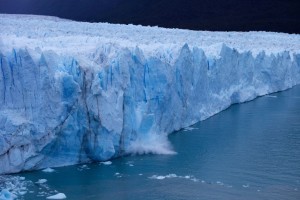 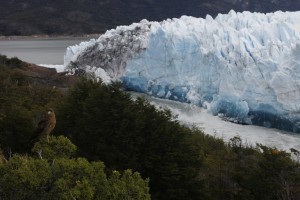