Italian Interior Minister Matteo Salvini is leading an effort to create a pan-European populist alliance to challenge the pro-European establishment over the future of the European Union. The aim is to reclaim sovereignty from unelected bureaucrats in Brussels and transfer key EU powers back to national capitals.

Germany and France, the self-appointed guardians of European integration, are responding to the challenge with an ambitious counterplan to make the European Union a “more decisive power on the world stage.”

The showdown, which threatens to split the European Union down the middle between Eurosceptic nationalists and Europhile globalists, will heat up in coming weeks and months, ahead of elections for the European Parliament in late May 2019. 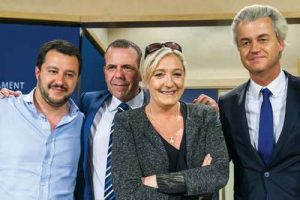 During a visit to Warsaw on January 9, Salvini, now the most powerful politician in Italy, said that populists from Italy and Poland should spark a “European spring” and forge a “new equilibrium” to replace the influence of Germany and France in the European Parliament:

“The Europe that will be created in June will be different from the one of today, which is managed by bureaucrats. In Europe, one has always spoken of a French-German axis. We are preparing for a new equilibrium and a new energy in Europe. There will be a joint action plan that will infuse Europe with new blood, new strength, new energy. Poland and Italy will be the protagonists of this new European spring, this revival of true European values, with less bureaucracy and more work and more family, and above all more security.”

Members of the supranational European Parliament organize themselves into ideological groups as in national legislatures. There currently are eight political groups in the European Parliament. The largest is the center-right European People’s Party (of which German Chancellor Merkel’s Christian Democratic Union is a key pillar), followed by Progressive Alliance of Socialists and Democrats, the European Conservatives and Reformists Group, and the Alliance of Liberals and Democrats for Europe (ALDE). The recent decision by French President Emmanuel Macron’s political party, En Marche, to join ALDE could potentially make it the second largest bloc in the European Parliament, up from the fourth currently, after the May elections.

In Poland, Salvini met with Prime Minister Mateusz Morawiecki, Interior Minister Joachim Brudziński and Jarosław Kaczyński, the powerful leader of the governing Law and Justice (PiS) party, which currently is part of the European Conservatives and Reformists (ECR) group. The ECR potentially faces collapse when its 18 British Conservative party Members of European Parliament (MEPs) depart after Brexit; this would leave the PiS without a grouping in the European Parliament. The PiS is unlikely to join the European People’s Party because Poland’s main opposition party, the Civic Platform, is part of that grouping. As a result, the new Salvini-led group could be an attractive option for the PiS. 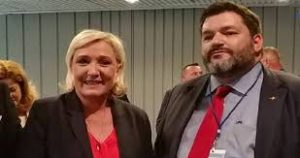 Salvini has already persuaded French and Dutch populist parties — Marine Le Pen’s National Rally (formerly known as National Front) and Geert Wilders’ Party for Freedom — to join. If PiS and Austria’s ruling Freedom Party were to come on board, Salvini’s eurosceptic alliance could have up to 150 MEPs. This would make it the third largest group in the European Parliament and give it tangible power to influence EU legislation.

“The Warsaw-Rome axis is a great development to which great hopes are linked. I would like Europe to have a political force to the right of the EPP, a Rome-Warsaw axis, capable of governing, capable of assuming responsibility and opposing immigration.”

Orbán has, however, been unwilling to leave the European People’s Party. Some observers have postulated that he is inclined to stay with the EPP because, as the most powerful grouping in the European Parliament, it shields him from retribution from his pro-EU opponents.

In any event, Salvini and Orbán have pledged to create an “anti-immigration axis” aimed at countering the pro-migration policies of the European Union. Meeting in Milan on August 28, Orbán and Salvini vowed to work together with Austria and the Visegrad Group — the Czech Republic, Hungary, Poland and Slovakia — to oppose a pro-migration group of EU countries led by French President Macron.