An exclusive interview to Proto Thema to Dimitris Pafilas – J.K.Bass is one of the top 25 influential managers in the world

“One of them might have to raise a little bit, about 300 millions”
“Wealthy people must pay their morgages and their taxes”
“In all meatings we have in Greece it was unbeliavble to me to learn that between 25-35% of all the morgages that not being payed today in Greece are basically owned by wealthy people”.

These words belong to one of the top 25 influential managers in the world markets (Intellectual Asset Management 2015). Today, he speaks exclusively to PROTO THEMA about his investments in Greek banks, the economy of Greece, for the leader of the opposition Mr. K. Mitsotakis, the Prime Minister Mr. A Tsipras and especially about what must be done, in order for Greece to turn to real growth.

Son of a hotel manager in Miami, Mr. John Kyle Bass, in 2008 successfully predicted and effectively bet against subprime loans and earned over 200%. Today he is the head of Haymann capital, a hedge fund which, offering in his investors huge returns from the inception in 2006. Today he has invested in 4 Greek banks – after the raise of capital – writes articles for Greece and gives interviews. Mr. Bass believes also that the Greek economy will do really well when the Greek banks push NPLs out of their portfolio. For this, as he says, “the behavior of the wealthier Greeks has to change and the country will benefit as a whole”.

With his interview also, he is transmitting a very positive message: Αccording to the model the Haymann Capital runs, three banks won’t have to raise capital, and one of them might raise a little bit, about 300 million Euros, an amount which can easily be found. In December, we will also have the electronic auctions that will take place.  As one can see, Mr. Bass works with logic, like the Greek philosopher Αristotel. He examines the facts and ends up in logical conclusions which are useful for an investor. 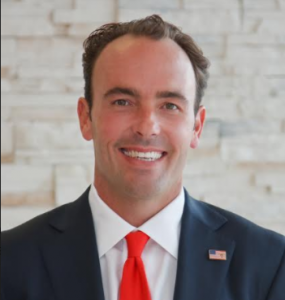 Why he chose Greece

When we asked him, why he believes, that he will earn where others lost, the founder of Haymann Capital answers:

“As you know, the Greek banks have been recapitalized three times. When you look at the provision levels of the banks against their NPEs-NPLs you understand. We ‘ve looked very closely from the asset prospective each of the banks. We believe the provision levels today are more. The banks’ capital ratio is the highest in Europe, the highest in the world. Even the requirements to provisioning 55% from SSM of all NPEs, three of the four banks won’t have to raise any capital and one of them might raise a little bit, about 300 million.”

Mr. Bass, won’t say he is sure about if we have dilution.

“I wouldn’t say I am sure. We ‘ve run a model with additional provisions and the net result is that one of the banks need money and the three of them won’t need any capital. They all announced asset sales, the three of them secured loans and one of them will sale a commercial portfolio of 1,5 billion.”

We asked him, why in his latest interview he mixed politics with investments, predicting dramatic political changes, including elections.

“Ι want be politically neutral. Because when you look at Greece there are certain facts in the Greek economy today that they are all positive. As you know new vehicle registration, tourism receipts, cement production, new permits. No matter where you look in Greece you really see green shoots of economic optimism. Everywhere. There are no huge strikes. For 8 years all these numbers, go down. It’s very encouraging sign to see all these macro-indicators turning up. The current government has done a great job in the demands of troika, but the current government did not campaign on pushing reforms from the European Union. It’s our view that you are going to need someone to come in and implement reforms and that something maybe New Democracy is willing to do. Regardless of which government is running Greece as long as the goverment is really commited to implementing the proper reforms and moving the country forward, we as the investors, we will be happy. The comments I’ ve made earlier where essentially that we are the proponants of anyone that would run into growth. As you know Mitsotakis pooling far ahead of Tsipras and we are happy to see anyone implement costless reforms. And I think both leaders have the positive attitude but we also think elections will come earlier.”