The Empire is slowly coming back in the world chess game…

Japan has decided to appoint a special ambassador for the Western Balkans countries which will be in charge for the non-EU states – Serbia, Bosnia and Herzegovina, Montenegro, FYROM, Kosovo and Albania – Norio Maruyama (photo), Director-General for Press and Public Diplomacy in the Japanese Foreign Ministry said that at a meeting with a group of Serbian journalists late on Monday, January 15.

Maruyama had visited Belgrade as a member of the delegation headed by Japanese Prime Minister Shinzo Abe. At the meeting with Serbian officials, Abe marked Serbia as the “key” country for the stability of the Western Balkans. Abe also spoke on North Korean nuclear threat.

According to Maruyama, a “special ambassador for the Western Balkans”, as he said, has already been picked; he will be based in Tokyo and travel to the countries in the region from time to time. He will mostly be focused on economic and social issues, Maruyama added. 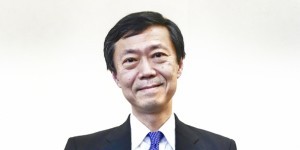 When asked whether the special ambassador will be also in charge for political issues, taking into account growing concerns of U.S. and EU, which are both Japan’s allies, over Russian influence in the region, Maruyama said that his country share certain values with the Western Balkans states; he mentioned democracy, rule of law and media freedom. The ambassador will also be capacitated to comment the situation in the region, Maruyama added.

When it comes to North Korean nuclear program, as one of the issues discussed by premier Abe and Serbian officials, Maruyama said that from Serbia, as a United Nations member, is expected to vote for all UN resolutions which condemn Pyongyang’s actions. Maruyama described North Korean moves in the Asia-Pacific region as an “imminent unprecedented threat”.