When French police allegedly raped a 22-year-old black man named Théo in the Paris suburbs earlier this month, that was merely the beginning.

For almost two weeks, the outskirts of Paris and other major French cities have erupted in often violent protests: cars set ablaze, rioting late into the night. The demonstrations are mostly against police violence, but at their core they are propelled by a deep-rooted anger over structural racism and the perceived failure of the French state to address a long-volatile situation. The “Théo Affair” began with the case of just one young man, but it has now ignited the frustrations of France’s black community, one of the largest in Europe. 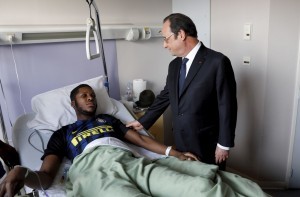 On Tuesday — largely to calm the rising waters of national crisis in a fraught election year — French President François Hollande made a rare appearance in the Paris suburbs, where many French citizens of African and Arab origin live in low-income housing projects far from the splendor of the center city. Days after visiting Théo in the hospital, an unusual gesture from a French president, Hollande pleaded for an end to the rioting. 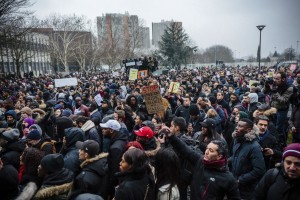 “Justice must pass,” Hollande said, after dozens of protesters were arrested during the two previous nights. “When there are shortcomings,” he continued, referring to allegations of police misconduct, “they must be clearly denounced and justice seized.”

But in the eyes of many protesters, the “shortcomings” in this particular case have not, in fact, been clearly denounced, and justice has not been seized.

For one, medical examiners determined that Théo — whose full name has not been released — suffered a wound from a police truncheon, which had been shoved into his rectum. But the public prosecutor’s office initially said that the incident constituted “accidental rape,” which was therefore unintentional. 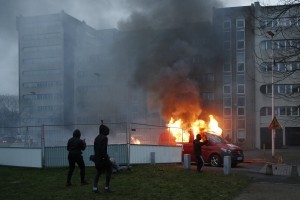 This, read a statement from Representative Council of Black Associations (CRAN), France’s largest black advocacy group, was a “catchphrase that would lend a laugh, were its subject not so ­dramatic.”

“The police are there to protect people,” said Louis-Georges Tin, president of the CRAN, in an interview. “Not to put them in danger.” 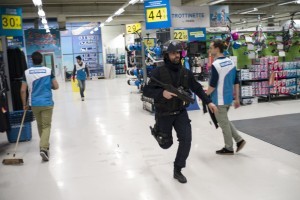 France’s Interior Ministry has since suspended the four officers concerned, all of whom will be charged with assault and one for rape. But despite these ­proceedings, the damage has largely been done: Many in the black community said they see the notion of “accidental rape” as an insult and the latest example of their marginalization in a society that proudly considers itself ­colorblind.

Protest, in other words, is nonnegotiable.