Conor was sucker punched in the brawl that ensued

Conor McGregor has refused to press charges against three men who attacked him at UFC 229 as the wild fallout to two post-fight brawls continues.

The aftermath of McGregor’s fight against Khabib Nurmagomedov erupted in wild scenes in a terrible moment for the UFC.

McGregor was soundly beaten by the Russian champion — tapping to a rear-naked choke in the fourth round — before chaos ensued.

Nurmagomedov responded to a taunt from the crowd by McGregor’s teammate Dillon Danis by jumping outside of the Octagon and beginning to throw punches.

Amid the confusion, three members of the Russian’s team attacked McGregor. As one circled in front and confronted him head-on, another leapt into the cage and sucker-punched him from behind. As the first two were apprehended, the third wrestled off a security guard and renewed the attack. 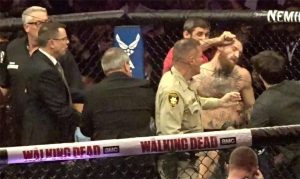 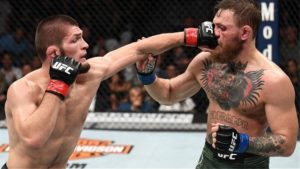