On the increasingly biting election front, former SYRIZA minister Panagiotis Lafazanis, the head of the leftist breakaway party Popular Unity, was scathing in his criticism of resigned PM Alexis Tsipras on Monday, charging that the latter erroneously believed the coming snap election would be a “cake walk”.
Lafazanis added fire to the “fratricidal” political war in the Greek left by also saying that Tsipras was afraid of asking the outgoing parliament for a vote of confidence, as he believe he could have … received one!
“We didn’t overthrow him; we are not the drachma party … Mr. Tsipras went for wool and risks coming out sheared,” Lafazanis said in repeating a well-known Greek adage.
Meanwhile, another recent and very vocal Tsipras critic – and former SYRIZA comrade — Parliament president Zoe Konstantopoulou, challenged Tsipras to a televised debate.
“… So we can see where the agreement (memorandum) benefited the country,” she said in a televised appearance on Monday.
The outspoken Konstantopoulou also challenged Tsipras to name the people he claims are responsible for his government losing its majority and folding. 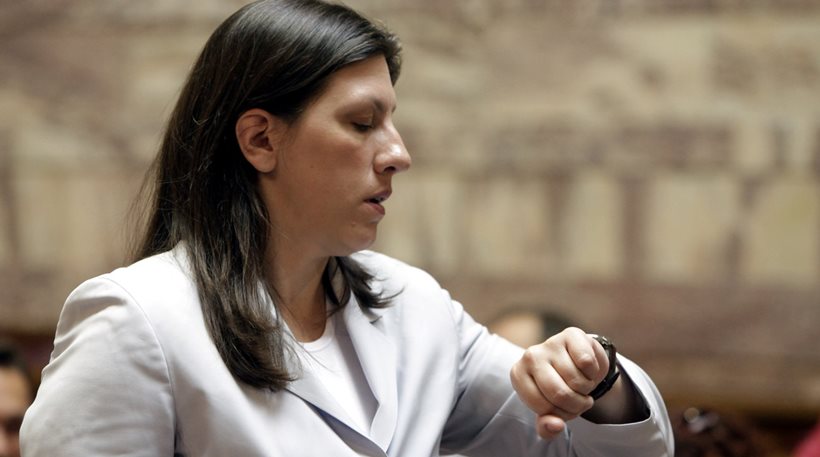 Meanwhile, conservative New Democracy (ND) leader Evangelos Meimarakis said his post-election priority will be to revive the economy and restore liquidity in the capital controlled-plagued country.
“Our first priority is to get the economy back on track to revive the market,” he told business sector representatives.
“There can be no economy and markets without cash,” he added.
Finally, socialist PASOK ridiculed the repeat version of the “Thessaloniki program” presented by Alexis Tsipras, referring to a “mix of other parties’ previous programs.”