We don’t want to tear the European house down, we instead want to repair it, Slovak party “We Are Family” leader Boris Kollar said on Monday at a conference entitled ‘Europe of Nations and Freedom’ in Bratislava by the European “Movement for a Europe of Nations and Freedom” (MENF), which also featured France’s “National Rally” chief Marine Le Pen.

Le Pen at the conference also rejected the idea of her country leaving the EU, stating that new opportunities have emerged for changing Europe from within. 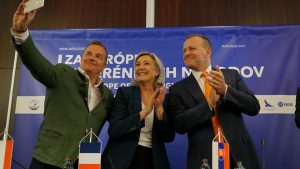 Kollar complained that whenever his party attempts to protect traditions, the EU’s borders and the family, self-proclaimed ‘elites’ pop up to lambaste it as a bunch of extremists. Meanwhile, Kollar believes that those who’ve been taking turns in power since the fall of Communism 30 years ago and at the same time “stealing, lying and deceiving the nation extremely” should be labeled as extremists.

Le Pen in her address said that Europe needs a major political change, claiming that “the EU denies to individual nations their very existence and their own opinions”. 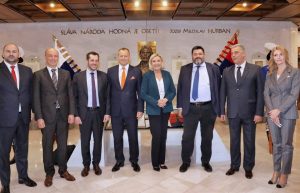 “Of course, such an attitude is being rejected by the nations and by the people. Meanwhile, politics is being pursued for the sake of oligarchs. It’s going to be important to see in this upcoming European Parliament the restoration of balance between the nations and globalization,” said Le Pen.