Billions of laser scans have revealed a lost city that was once a bustling epicenter in what is now South Africa’s Suikerbosrand Nature Reserve, new research finds.

The newly discovered city, called Kweneng, was once a thriving capital that existed from the 1400s until it was destroyed and abandoned, likely because of civil wars, in the 1820s, said Karim Sadr, a professor of archaeology at the University of the Witwatersrand, in South Africa. 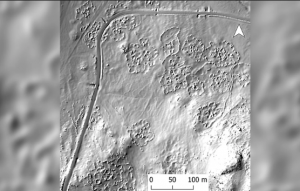 However, it’s not clear if this conflict immediately sounded the city’s death knell. That’s because some of the remaining structures date to between 1825 and 1875, “in what we call the terminal phase” of Kweneng, Sadr told Live Science.