Enrique, 49 describing her as “the star that guides our family” in tribute

The nine-year-old daughter of former Barcelona manager Luis Enrique has died after a five-month battle with cancer.

Enrique, 49, paid tribute to Xana in a heartbreaking post on Thursday afternoon, describing her as ‘the star that guides our family’. 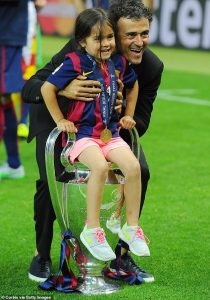 Xana had fought osteosarcoma – or bone cancer – for ‘five intense months’, the Spaniard revealed on Twitter. 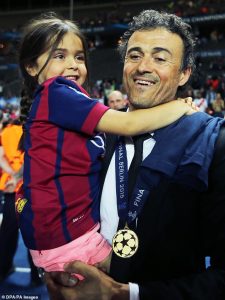 Xana was the youngest of three children born to Enrique and wife Elena Cullell. The couple also have a 19-year-old son named Pacho and an 18-year-old daughter, Sira.