According to an Ipsos poll released on Sunday, the party of right-wing leader Marine Le Pen will top the upcoming European Parliament elections on May 26th with 22% of the vote, ahead of President Emmanuel Macron’s REM party.

It was the first time Le Pen’s Rassemblement National (RN) -formerly the National Front- overtook Macron’s REM in an Ipsos survey ahead of the EU election this year.

However, other daily polls have shown the RN in pole position before. 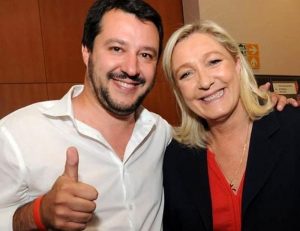 The poll of 1.500 people was conducted on May 2-3, just after Macron announced a series of proposals, including tax cuts worth 5 billion Euros, in a bid to appease the “yellow vests” anti-government protest movement.

Dissatisfaction over slow economic growth, security threats posed by Islamic expansionism and a backlash against illegal immigration across open EU borders have boosted support for conservatives in many member states.

Macron’s REM party would obtain 21,5% of the vote, the Ipsos poll for France Television and Radio France showed. On April 18-22, 23% of the people polled said they would vote for REM, against 22 percent for RN. 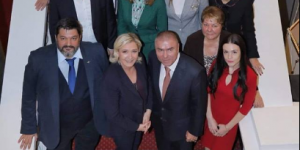 The RN and other eurosceptic parties such as Matteo Salvini’s “The League” from Italy, Failos Kranidiotis’ “Nea Dexia” (New Right) from Greece among others, have joined forces in light of the EU election and have formed the Movement for a Europe of Nations and Freedom (MENF).