“Stunt” made at comedy special in NY

Sex is a topic that has been thrown about quite frequently in the polarised Presidential race between Hillary Clinton and Donald Trump. The queen of Pop music Madonna decided to enter the fray with a bit of “novel” approach. She offered oral sex to anyone who voted for Hillary Clinton! The offer was made at a comedy special in New York City. “If you vote for Hillary Clinton I will give you a blowjob,” Madonna told a packed crowd at New York City’s Madison Square Garden on Tuesday, first reported by The Hill. Madonna is a staunch Hillary Clinton supporter and never misses the chance to express her love for the veteran politician.
“And I’m good,” boasted the 58-year-old Queen of Pop, during her opening act for comedian Amy Schumer.
“I am not a douche, and I am not a tool. I take my time,” boasted the Like a Virgin singer. “I maintain eye contact, and I do swallow.”
Posters on social media duly responded. 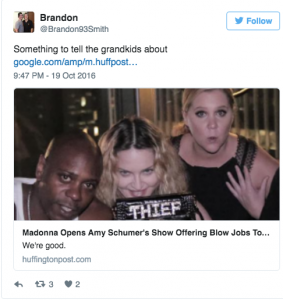 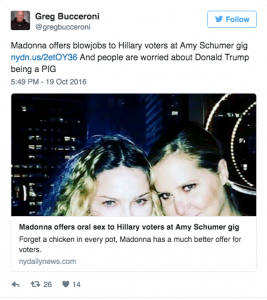 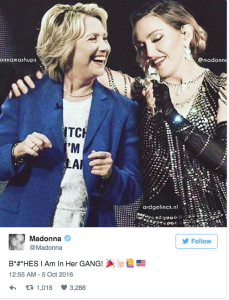 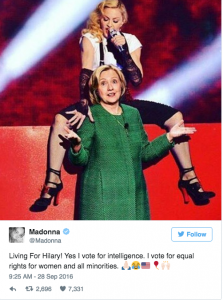