The man had arrived from Pakistan via Qatar

A man carrying over 6kg of heroin was arrested at the Athens International Airport “Eleftherios Venizelos” on Monday. 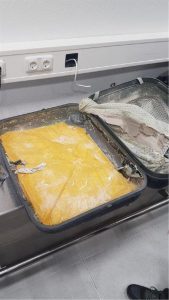 The 50-year-old foreign man, who was in transit from Lahore Pakistan via Qatar, was arrested by officers of the Attica Narcotics enforcement agency following targeted checks at the airport terminal after he was found to have 6kg and 120 grams of heroin hidden in two packs stashed in a false-bottom suitcase. 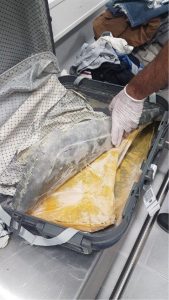 Authorities confiscated 300 euros and 500 British pounds. The suspect was taken to the Athens Prosecutor.