On Thursday, the United States launched an attack on Al Shayrat airfield in Syria. President Trump said the airbase was targeted for its role in a chemical weapons attack on the town of Khan Sheikhoun that killed more than 80 civilians two days earlier. 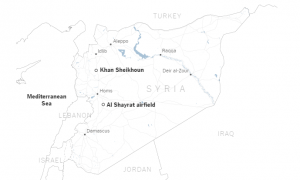 A total of 59 Tomahawk cruise missiles were launched from two Navy warships in the eastern Mediterranean Sea. The missiles were aimed at Syrian fighter jets and other infrastructure, but did not target any areas that might have chemical weapons.

Shayrat airbase has two runways that are about two miles long. Russia also maintains a military presence there to assist government forces fighting the Islamic State and insurgents. A Pentagon spokesman, Capt. Jeff Davis, said Russian forces had been notified before the strike.

The airbase is about 20 miles outside Homs, in the heart of government-held territory. It has been used by Syrian government forces to launch attacks in Homs and Hama. 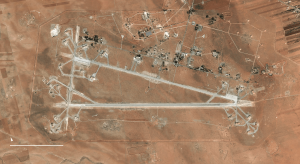 The attack was meant to send a message to Bashar al-Assad, the Syrian president, that the United States intends to respond with military force if he continues to use chemical weapons, according to a military official.

The decision to launch an attack was a major reversal for Mr. Trump, who criticized former President Barack Obama in 2013 for considering strikes against Syria after a previous chemical attack. 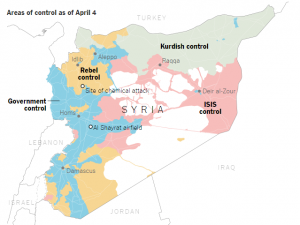