Masaichi Fukushi, takes it to a more literal place, when he talks about preserving tattoos. Where most scientists into tattoos, talk about preserving tattoos as a cultural phenomenon. In other words, making sure we understand it and that the practice doesn’t die out. Fukushi takes it a step further, he literally preserves tattoos. In other words, he keeps the skin of deceased people with tattoos. 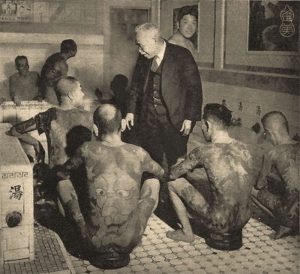 The Japanese pathologist, originally developed his interest in tattoos. When he was studying moles and pigment movement in human skin. He encountered tattoos enough, that he became obsessed with them, especially traditional Japanese tattoos. He became so obsessed, that he started collecting the tattoos for his own personal collection. 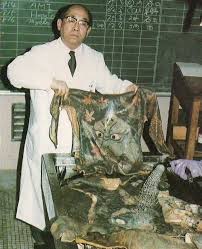 But this is not your average print collection. Fukushi actually collects the skin of the wearer, after they have died, and then preserves it so that it won’t rot or spoil. He even went so far, as to help poorer collectors, finish their masterpieces by paying for them. In the cases where he wanted the masterpiece in his collection, really badly. 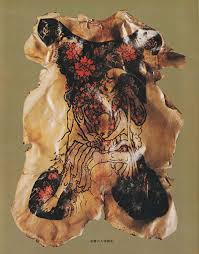 Masaichi Fukushi’s love of tattoos, was so great and pure, that even some of the top tattoo artists in Tokyo, recognized his passion and expertise. Just imagine how much can be learned from his very extensive collection, about traditional Japanese tattooing and it’s imagery. Sounds like something that’s a dream for any tattoo lover to see.