Based on similar philosophy

Multiple research studies suggest that a Nordic diet may indeed be one of the world’s healthiest.
This is the New Nordic Diet, which actually isn’t so new anymore. It was created in 2004 by a cohort of Danish chefs and nutritionists, and built on concepts that are all-too-familiar now, including local, seasonal, simple, rustic, and fresh. It’s not so different from the Mediterranean diet in the sense that it promotes moderate consumption of fat, protein, and antioxidant-packed ingredients. What olive oil, nuts, beans, and sardines are to the Mediterranean, canola oil, berries, root vegetables, and cod are to Scandinavia.
Let’s see what each one has to offer: 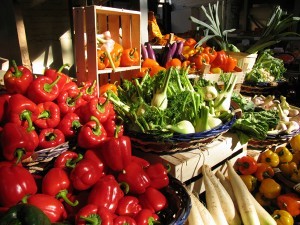 What it is: A traditional Mediterranean diet, eaten by people in Greece, Italy and Spain, emphasizes seasonality, local produce and traditional preparations. Meals are often community or family events.
Signature foods: Fruits, vegetables, whole grains, legumes, nuts and olive oil are the stars of the show. Fish, poultry and red wine make moderate appearances, while red meat, salt and sugar are bit players.
What the research says: Where to start with this one. The benefits of a Mediterranean diet have been studied since the ’70s, and researchers have found that olive oil can help people lose weight, lower their cardiovascular disease risk and reverse diabetes. As for ease of adherence, U.S. News & World Report ranked it third (out of 35 considered diets) and called it “eminently sensible.”
Scandinavian Diet: 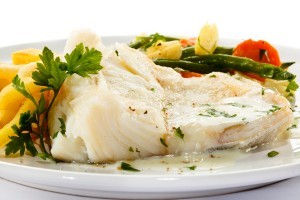 What it is: Scientists designed this diet to contain 35 percent less meat than the average Danish diet, more whole grains and locally sourced produce, and more than 75 percent organic produce.
Called the New Nordic diet, it’s similar to the Mediterranean diet in that there is a big emphasis on whole grains, fruits, vegetables, eggs, oil and seafood, while foods like meat, dairy, dessert and alcohol are eaten sparingly. It’s different from the Mediterranean diet in that the Nordic diet uses rapeseed oil instead of olive oil, and the produce is native to the Nordic countries Denmark, Finland, Iceland, Norway and Sweden.
Signature foods: Whole grain cereals like oats and rye; local fruits and berries like rose hip, lingonberries and bilberries; cruciferous and root vegetables like Brussels sprouts, broccoli, turnips, parsnips and beets; rapeseed oil, vegetable-oil-based margarine; and low-fat dairy like milk, fermented milk and cheese. Meats include beef, pork, lamb and reindeer, while seafood includes herring, mackerel and salmon. The few desserts in the diet include baked goods made with oat bran, or jam for putting on top of cereal. Herbs include parsley, dill, mustard, horseradish and chives.
What the research says: A recent study published in The American Journal of Clinical Nutrition found that a healthy Nordic diet seemed to have an impact on genes in abdominal fat, turning off genes related to inflammation. It’s also helped study participants lose weight (while still providing “higher satisfaction” than the average Danish diet), and cut down on type 2 diabetes risk. Scientists are also praising it for its ecological and socioeconomic benefits, as it cuts down on meat production and long-distance imported foods.