The science fiction and fantasy movie buffs pay attention to every conceivable detail in the films put on the big screen of TV. Since the first movie of the Lord of the Rings trilogy came out 16 years ago, one of the most talked about points was the languages of the different races and more specifically the Elven on used in the film. Author J. R. R Tolkien had actually created a complete language from scratch with syntax, grammar and all the intricacies of a tongue. The realism and authenticity of that language created a whole new niche for the cinema industry with demand for original sci-fi and fantasy languages. David J. Peterson was the creator of HBO’s hit series Game of Thrones languages of Dothraki and Valyrian that we hear in the series. He is also responsible for written or spoken languages for Thor: The Dark World, SyFy’s Defiance and Dominion, and The CW’s The 100 and Star-Crossed. And in becoming the most recognizable name in the conlang (constructed language) community, he’s been instrumental in raising not just awareness of constructed languages, but their quality as well. Peterson has already written a guide to Dothraki, but his new book has even larger ambitions. The Art of Language Invention, out tomorrow, is a combination knowledge base and history lesson for those interested in constructing languages. It’s a distillation of the knowledge Peterson gained from the original email listserv that popularized the term “conlang,” blended with some of what he studied as a linguistics Ph.D. student at UC San Diego. But while it’s presented as an introduction for anyone interested in learning more about conlangs, it’s still incredibly dense. Unless you’ve taken a fair amount of linguistics, or are innately familiar with phonetic inventories and symbols, there’s a high barrier to entry for the average pop culture fan curious about how Dothraki came to be. The best parts of the book come at the end of the four main sections, where Peterson presents case studies on issues he face in creating languages for Game Of Thrones and Defiance, and how the knowledge he gained from the online community and his university training assisted in construction. 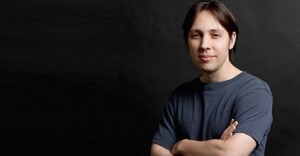 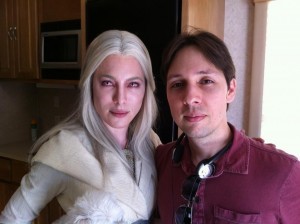 Tags With: fakeGame of Throneslanguagelord of the rings
This week‘s new events