Representatives of various Christian denominations were in attendance at the event

His Eminence Metropolitan Cleopas of Sweden and All Scandinavia began his greeting at the commemoration ceremony honoring the victims of the terrorist attacks of Palm Sunday, April 9, 2017 in Alexandria, which cost the lives of 45 people by repeating His All Holiness Ecumenical Patriarch Bartholomew’s famous quote at an interfaith conference in Brussels in September 2001 that “a war in the name of religion is a war against religion.”

The event, organized by the Coptic Bishop of Stockholm, His Grace Anba Abakir, was held on Sunday, April 23, 2017 at the Coptic Cathedral of St. Menas, located in the Södertelje district of Stockholm.

Bishop Abakir had recently visited the St. George Metropolis Cathedral of Stockholm and Metropolitan Cleopas expressed his regret that was repaying this visit at a time of grief and sorrow.

Metropolitan Cleopas placed flowers on the sight where a placard with the photos of the victims was placed and conveyed the Ecumenical Patriarch’s condolences, expressing the full-fledged support of the Metropolis of Sweden to the families who lost their loved ones during the attack in Alexandria.

In his greeting, the Metropolitan mentioned that on Good Friday, the Egyptian people experienced a second passion, along with the one suffered by the Lord, as they mourned the loss of our Christian brethren. He also noted that the term “martyrs,” which Bishop Abakir used to refer to the victims, was extremely fitting.

In the video that was shown during the event, which included interviews by eyewitnesses to the attack as well as survivors, the expression of forgiveness was evident, along with the absence of any intentions of vengefulness, indignation, or anger, which stands as proof of the genuine Christian spirit characterizing the Copts of Alexandria.

Representatives of various Christian denominations were in attendance at the event, as well as the Ambassador of Egypt to Sweden, His Excellency Mr. Wael Adel Nasr.

Moreover, on Monday, April 17, 2017, Metropolitan Cleopas visited the chapel located in Stockholm’s royal palace, at the invitation of the Lutheran Diocese of Stockholm, and attended a ceremony dedicated to the victims of the terrorist attack of April 7, 2017 in Stockholm. The event was attended by the monarchs of Sweden, along with Sweden’s Minister of Culture Ms. Alice Bah Kuhnke. Metropolitan Cleopas conveyed the condolences of the Mother Church of Constantinople. 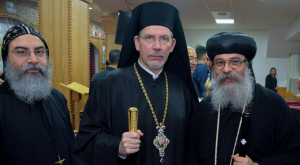 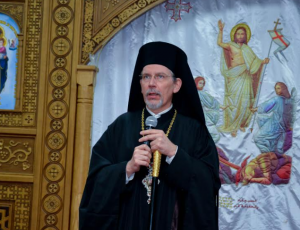 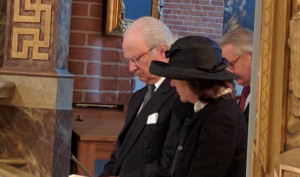 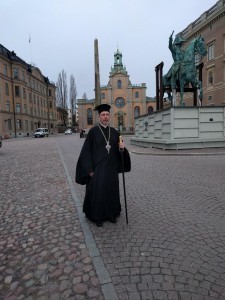