Legendary Greek composer and political figure Mikis Theodorakis,  full of bitterness and anger towards the main opposition Radical Left Coalition (SYRIZA) party, posted a letter on his personal webpage revealing unknown backstage events that took place before the elections of 2012. The casual letter, composed as though addressed to a friend, sets only one condition for a collaboration with SYRIZA though he states that it is unattainable.

Mr. Theodorakis argues that SYRIZA took advantage of him and prominant war hero Manolis Glezos in order to gather a large following on February 12, 2012. He writes that he and Mr. Glezos were used “to unilaterally increase its electoral strength and get a place in Parliament, with the aim of conquering the governance through the System while abandoning the two defense pillars, the one of Popular Front and the wealth of the country. “

Among other things, Mr. Theodorakis states that SYRIZA “not only can not proclaim the end of the Memorandum but without the necessary popular support of organized popular majority and the prospect of an economic autonomy embedded in the richness of the country, it will be difficult, if not impossible to defend the expected harsh attacks of remorseless creditors and other foreign forces. ” 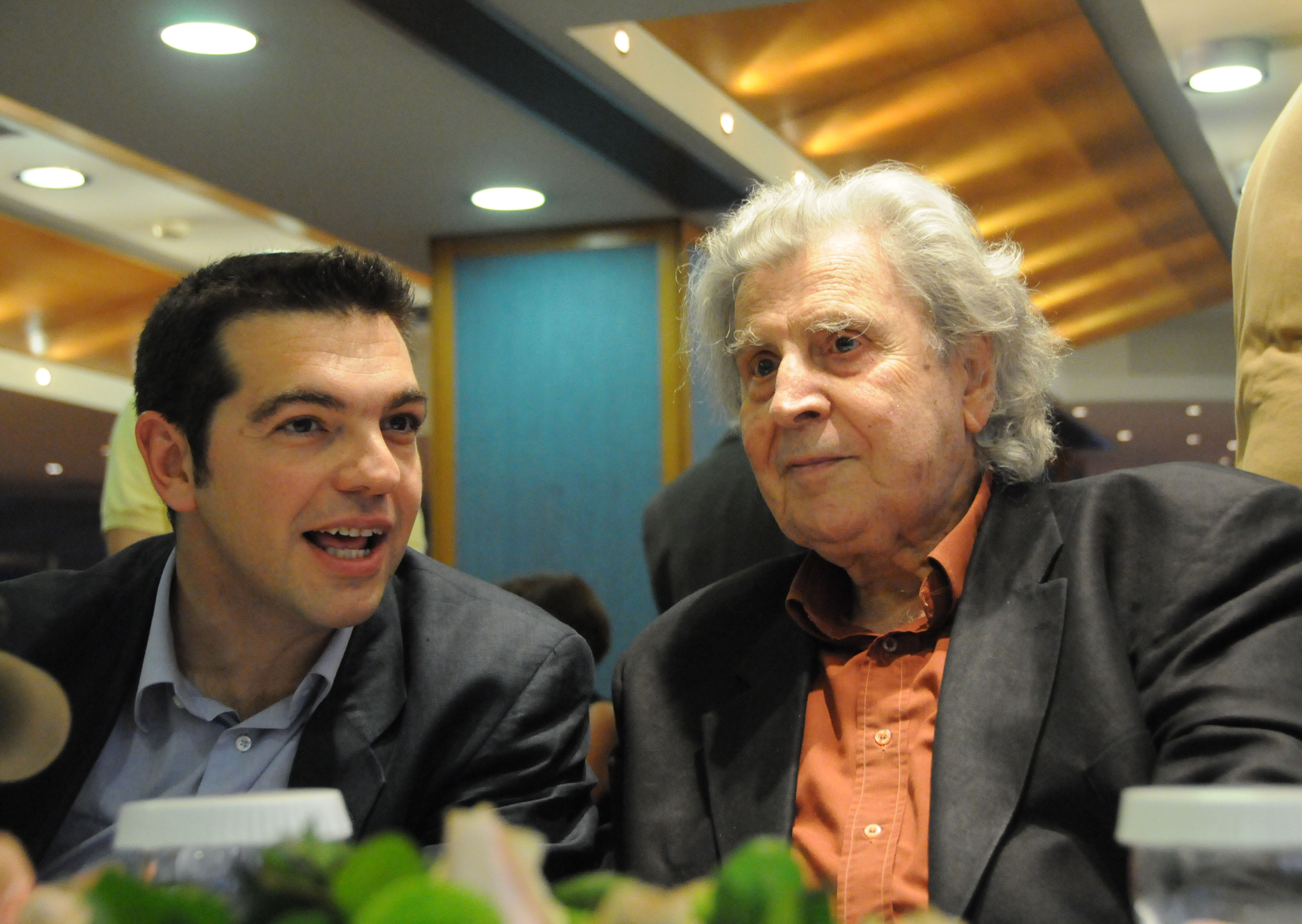