An advertising agency that launched a campaign featuring a woman’s breasts has been accused by Moscow police of causing more than 500 traffic accidents in a day.

The huge advert was placed by the agency on the side of more than 30 trucks. The image showed a woman’s breasts with e slogan “They Attract” hiding the nipples and its aim was to showcase the visibility of mobile ads.

Motorist Ildar Yuriev, 35, told the Daily Mail: “I was on my way to a business meeting when I saw this truck with a huge photo of breasts on its side go by. Then I was hit by the car behind who said he had been distracted by the truck. It made me late and left my car in the garage, and although I am insured I am still out of pocket.” 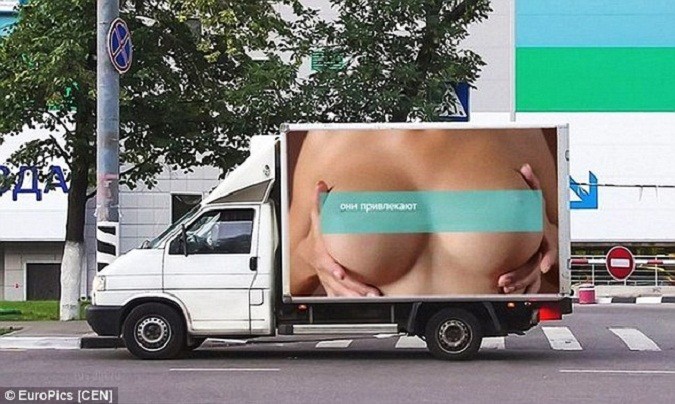