A Canadian artist is at the top

In the intro track to Eminem’s latest album, which he surprise-dropped today, the rapper laments: “Instead of us being credited for longevity and being able to keep it up for this long at this level, we get told we’ll never be what we were.” Whether his music is ‘as good as it used to be’ is completely subjective, but as figures from Nielsen Music show, Eminem can’t be accused of losing his popularity and relevance.

When it comes to U.S. album and song sales over the last decade, the rapper is still mixing it up at the top of the game. He sold the third-highest number of albums and was second only to Taylor Swift in shifting individual tracks. Streaming is where it’s at nowadays though of course, and as this infographic shows, he was one of the most-streamed artists of the last decade. Only two stand ahead of him – the astronomically successful Drake and Post Malone. Other huge names of the last decade such as Ed Sheeran, Taylor Swift and Ariana Grande line up behind Eminem’s almost 18 billion audio and video streams in the U.S. from 2010 to 2019. 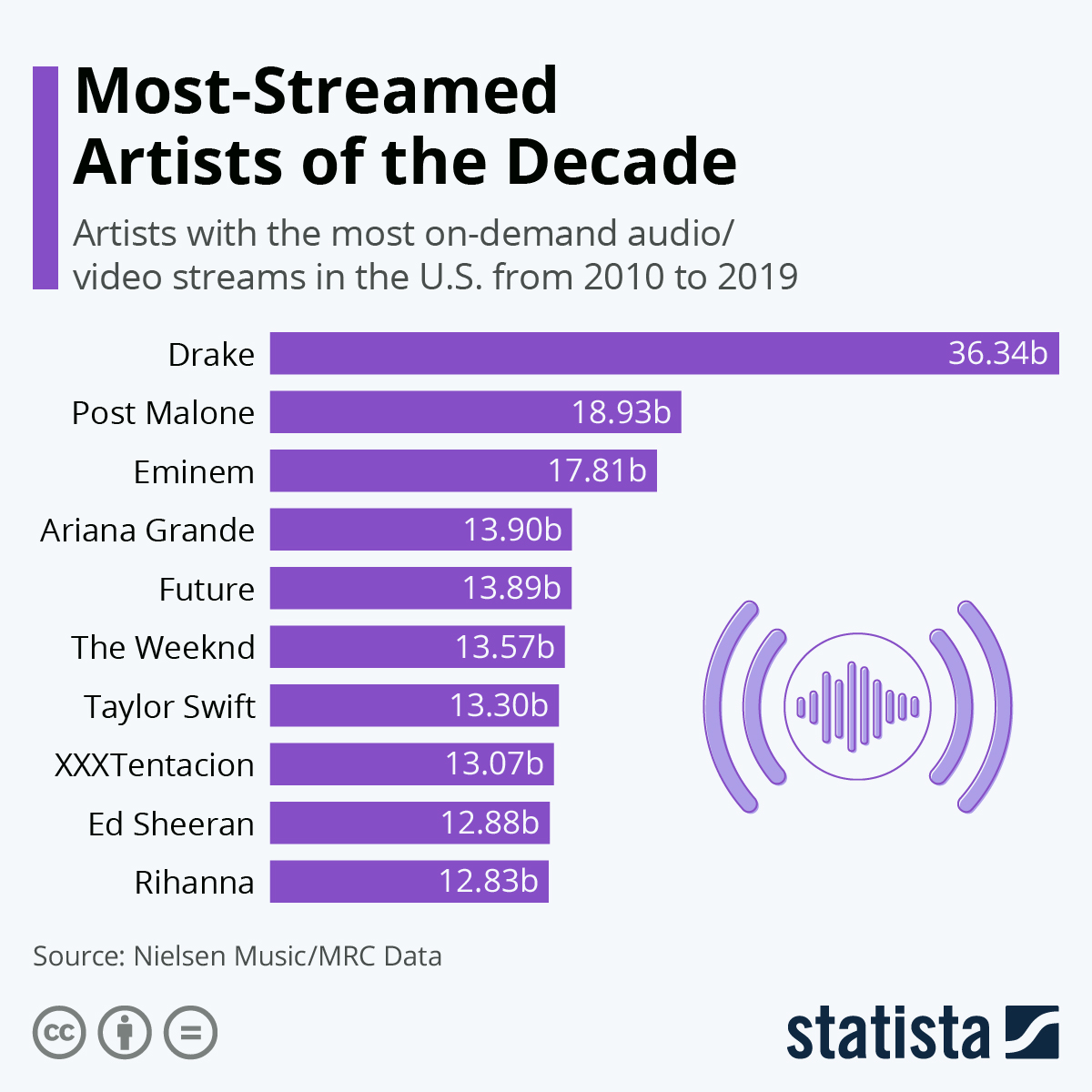