Researchers say they cannot tell when it could occur

Etna, Europe’s biggest active volcano is slowly slipping into the ocean, and scientists fear it could trigger a tsunami.
The scientists are worried that the gradual movements that have been noticed on the southeastern side of the volcano could exacerbate and lead to part of it sliding into the water.
Such an outcome would place nearby communities in Sicily at great peril, as debris entered the surrounding ocean, possibly causing devastating waves.
Researchers monitoring the site have made it clear that there is no way of telling with certainty when this acceleration would occur, pointing out this could come about within years or centuries.
The movement of Etna was attributed to magma swirling inside the mountain, according to previous studies. This means the movement would be confined to its summit.
However, close monitoring of the seabed around the site has revealed that Etna’s gradual sliding movements affected a far wider area – a finding the scientists say increases the risk of “catastrophic collapse”. 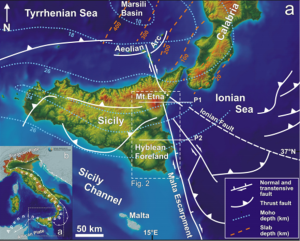 “Mount Etna is huge. It’s over 3,000m high and it rises up from below sea level,” said Dr Morelia Urlaub from Geomar Helmholtz Centre for Ocean Research. “It’s really heavy, and it grows continuously.”
Past work has only focused on Etna’s above-ground component, but gathering the new underwater measurements confirmed the movement is due to gravity acting on its growing, and unstable, flank.
“You can think of a slow landslide at the moment – we had 4cm in 15 months, so it moves really slowly, but there is a danger that it could accelerate and form a landslide that moves really fast into the sea,” Dr Urlaub told The Independent.