The Greek police has arrested a 27-year-old male that has confessed the murder of the 60-year-old biologist Suzanne Eaton in Crete.

The American biologist was found in a small WWII-era German built underground bunker in Maleme.

The young man was found by the traces left by his car when he carried the body of the biologist after he had strangled her. 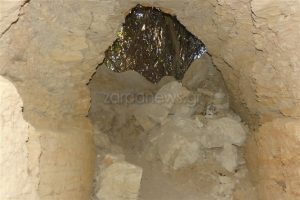 The 27-year-old, who lives in Maleme but comes from Kissamos, matched by the profiles the police had in their disposal and cell phone confirmed his movements in the area in question on July 4th, when the 60-year-old had disappeared.

It didn’t take long for him to confess after he faced the overwhelming evidence that were presented to him.

The biologist, who was working at the Max Planck Institute in Dresden in Germany along with her British husband and father of their two sons, was found dead in the abandoned bunker by two amateur speleologists on July 9, five days after her disappearance.