Somebody in NASA is big fun of “Star Wars: The Empire Strikes Back”…

The planet Venus is sometimes described as ‘Earth’s twin’, because its geology is similar to our planet – but a runaway greenhouse effect has transformed it into a truly hellish world.

Not only is the surface hot enough to melt lead, the planet is shrouded in sulphuric acid – making missions to the surface difficult (and not exactly appealing).

So NASA has come up with a novel plan for a manned mission to Venus – using airships. 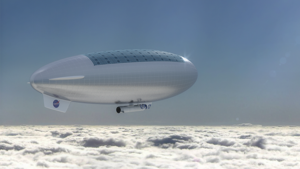 The craft would be used to float astronauts high above the planet’s toxic clouds, described as the High Altitude Venus Operational Concept (HAVOC).

NASA says, ‘Though its internal geology is similar to Earth’s, its surface is hot enough to melt lead and is covered with craters, volcanoes, mountains, and lava plains.

NASA believes that a lighter-than-air vehicle could carry astronauts safely above the planet – and stay for up to a month. 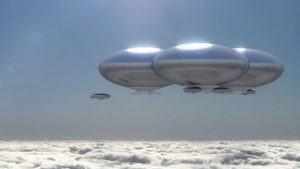 The space agency says, ‘A lighter-than-air vehicle could carry either a host of instruments and probes, or a habitat and ascent vehicle for a crew of two astronauts to explore Venus for up to a month.

‘Such a mission would require less time to complete than a crewed Mars mission.’