NASA revealed this incredible image of Jupiter’s south pole on Friday.
It was created by citizen scientist Gabriel Fiset using data from the JunoCam instrument on NASA’s Juno spacecraft.
It shows dozens of gigantic oval storms dotting the cloudscape.
‘Approaching the pole, the organised turbulence of Jupiter’s belts and zones transitions into clusters of unorganised filamentary structures, streams of air that resemble giant tangled strings,’ NASA said.
The image was taken on Dec. 11, 2016 at 9:44 a.m. PST (12:44 p.m. EST), from an altitude of about 32,400 miles (52,200 kilometres) above the planet’s beautiful cloud tops.
It comes weeks after a Cassini revealed the ‘watercolour world’ of Saturn in unprecedented detail.
Astronomers have been captivated by the strange swirling patterns on the planet.
They are caused by ‘megawinds’ among the fastest in the solar system that can reach 1,100mph.
‘When imaged at infrared wavelengths that pierce the planet’s upper haze layer, the high-speed winds of Saturn’s atmosphere produce watercolour-like patterns,’ NASA explained.
With no solid surface creating atmospheric drag, winds on Saturn can reach speeds of more than 1,100 miles per hour (1,800 kilometres per hour) – some of the fastest in the solar system.
It comes after NASA last week hailed a ‘new frontier’ after revealing some of the strongest evidence yet that alien life may exist on one of Saturn’s moons.
The space agency said that practically all the elements needed for life had been discovered in the same place in our solar system – on one of Saturn’s icy moons.
The missing ingredient, hydrogen, was discovered for the first time on Enceladus during the deepest ever dive by NASA’s Cassini spacecraft.
This hydrogen is now said to be ‘a potential source of chemical energy that could support microbes on the seafloor of Enceladus,’ the researchers revealed during a NASA press conference yesterday.
After 13 years exploring Saturn, the craft dove into high-powered jets of water spewing from the moon’s surface, where it found hydrogen gas. 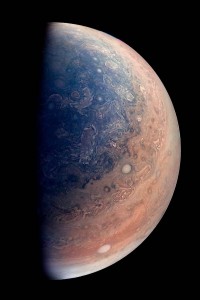 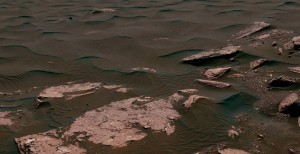