The face of the oldest known Australopithecus species — a relative of the famous “Lucy” — is no longer a mystery.

For the first time, paleontologists have discovered a near-complete skull of Australopithecus anamensis. The fossil, a bony visage with a protruding jaw and large canine teeth, dates back 3.8 million years, indicating that A. anamensisprobably overlapped with Lucy’s species, Australopithecus afarensis, for at least 100,000 years. 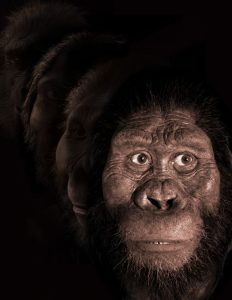 The discovery reveals a face similar to that of Lucy, an A. afarensis specimen found in 1974 that dates back about 3.2 million years — but with a few noticeable differences.