The pictures were taken by Eric Draper, who was the president’s personal photographer

A collection of unpublished photographs released to PBS in response to a Freedom of Information Act request provide a look at President George W. Bush’s response to the September 11 attacks.

The collection of photos from the George W. Bush Presidential Library and Museum is now the third batch to be released in response to a FOIA request by Colette Neirouz Hanna, coordinating producer for the Kirk Documentary Group, which has covered the legacy of 9/11 in multiple films for FRONTLINE, including Bush’s War, Cheney’s Law, and the forthcoming investigationThe Secret History of ISIS. 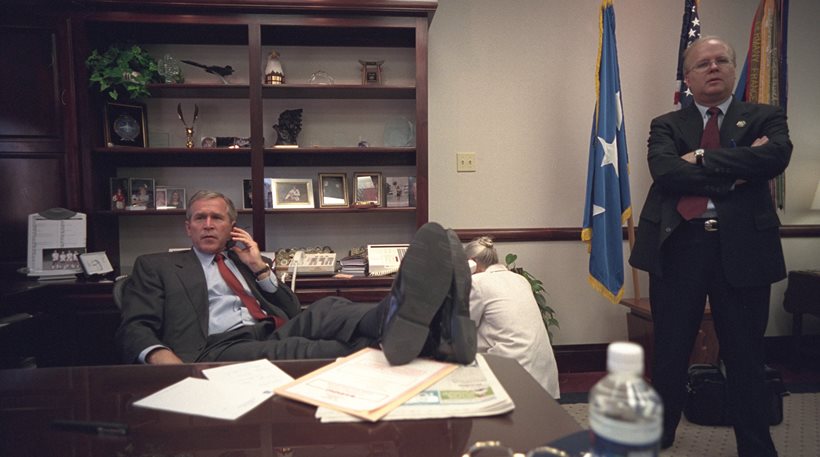 The pictures were taken by Eric Draper, who was the president’s personal photographer.

“Capturing that story was difficult,” Draper told the website Storybench in a 2015 interview. “I had to focus on being in the right place at the right time and push back the emotions that I was feeling to truly capture the story. Everyone did their job that day and I knew my job was to have a crystal clear focus to document what was in front of me, for others to place it into history.” 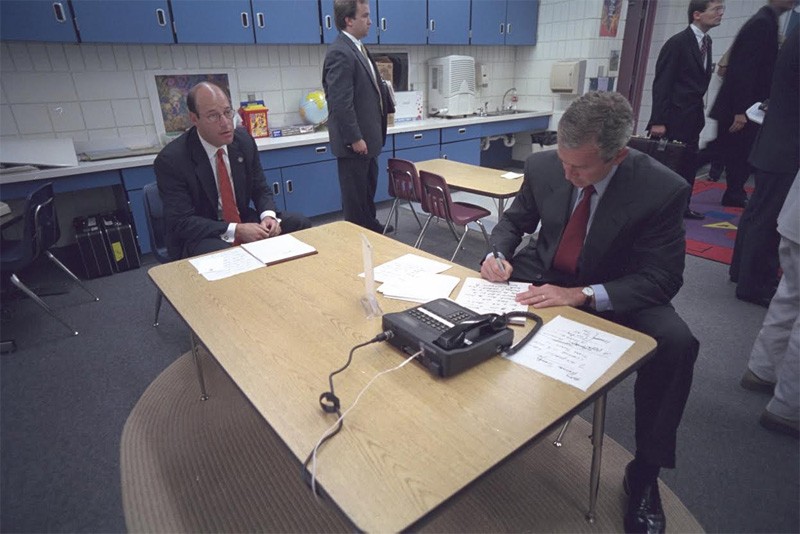 When Mr Bush learnt of the attacks on the World Trade Center, he was visiting the Brooker Elementary School in Sarasota, Florida. He and his staff, including press secretary Ari Fleischer, moved to another room in the school to watch footage of the planes hitting the towers and to prepare an address the nation. 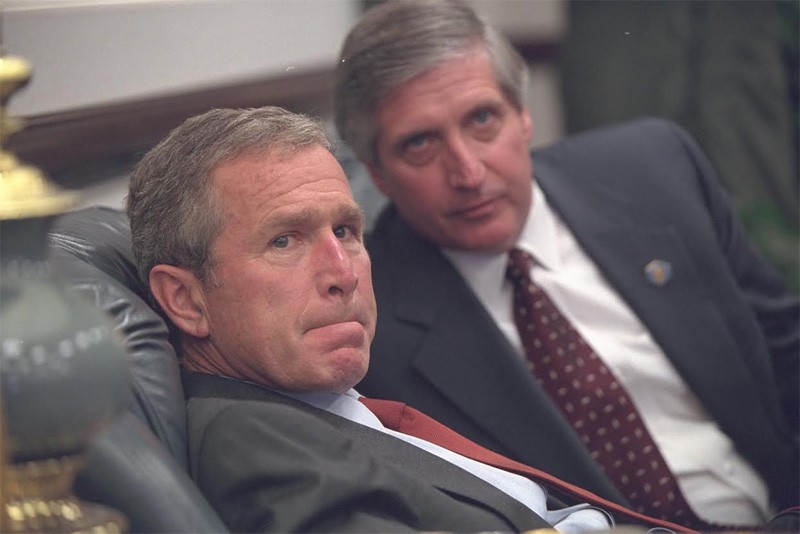 The photos are courtesy of the George W Bush Presidential Library and Museum. 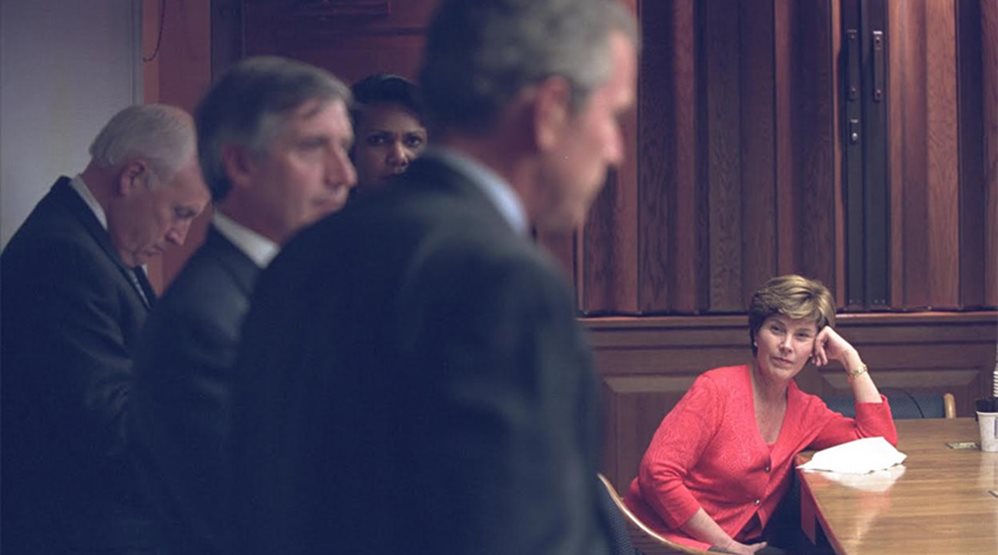 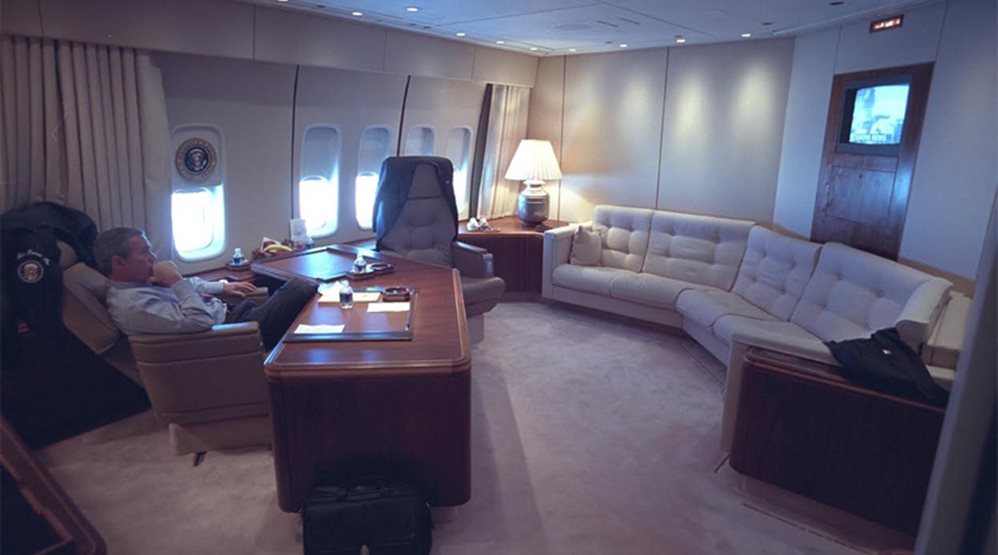 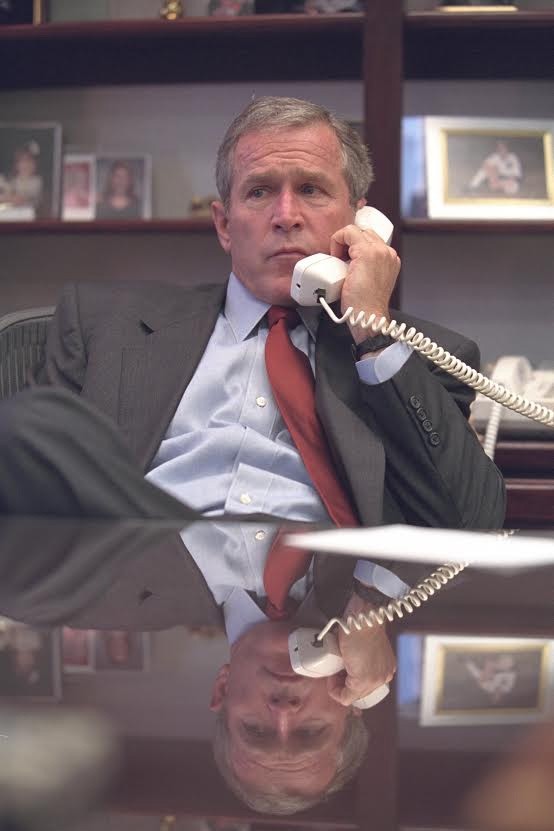